The presence of strong, independent women has been a constant throughout my life. Friends, teachers, mentors, aunts, cousins, and grandmothers have all helped shape my firm belief that gender need not be a hindrance and can indeed become a source of pride. Yet the most influential and compelling woman will always be my mom, and for me, no story of admirable females can go without mention of her.

On a rainy day in Portland, Oregon, when I was no more than six years old, my mother burst through the front door and into the living room where I sat looking at picture books. My mom never simply walks anywhere; she prances, gallops, sprints, catapults, and leaps, and on this day she vaulted into the room, scooped me up, and whooped like a cowgirl. I welcomed the opportunity to dance in a circle as my mom cried out, “We’re going to have a women’s health center!” between continued expressions of joy.

It is so telling that one of the happiest moments in my mother’s life was when she learned that she could serve thousands of women in her community through a multidisciplinary health center. For as long as I can remember, she has combined the historically feminine qualities of nurturing and healing with a keen business sense and a magnetic personality, and all with the goal of taking care of as many individuals as possible.

Two years before entering medical school, I spent the summer in India shadowing and assisting a female doctor who had a motivation and sense of service that could rival only that of my mother. Dr. Joshi was the head of the obstetrics and gynecology department at a major city hospital in the western state of Maharashtra. She spent her days attending hundreds of women and families that came through the hospital doors and volunteered her evenings to work in a free clinic she had established in a nearby slum.

While many doctors would feel exhausted by the intensity of the caseload and emotionally charged atmosphere, Dr. Joshi met it with a calm determination. She once told me over a warm cup of chai that although she studied abroad during her fellowship, she felt a duty to address the needs of her community. Over the weeks I spent with her, the extent of these needs became all too clear. The combination of extreme poverty and lack of education within a polluted city brought an onslaught of health problems. Lack of preventative care and health education meant more advanced states of disease. Additionally, the social pressures for large families resulted in a constant need for OB/GYN specialists. Dr. Joshi could not have had her capable hands more full.

One morning a couple entered the outpatient clinic looking troubled and scared. The man spotted Dr. Joshi sitting behind her desk and began speaking in rapid Marathi as he shook his head. A nurse turned to me and whispered the translation in my ear. “No no no!” He said, “my wife must have a man to take care of her. We do not want a woman physician.”

My expression changed quickly into one of disbelief and disgust. Here was one of the hardest working, most qualified doctors in the area. She was the head of the department, had served the hospital for over a decade, and still found time to mentor and volunteer. Perhaps this young man did not know this, but how could he not have the decency to show her due respect? I felt outraged, and my face showed it.

Unlike my immediate reaction, Dr. Joshi’s took a while to manifest. I saw her stand up slowly, exhaustion creasing her features for the first time since we met. She began to speak in a patient tone until the man facing her bobbed his head in agreement.

Later, Dr. Joshi explained what she had told the couple: that she was acting head of the department, had trained in India and abroad, and felt she would be able to provide the couple with the best care in the area. However, if they disagreed, they were welcome to find another doctor. She never raised her voice, never took a judgmental tone, and ultimately did treat the couple with compassionate and effective care.

As further details of the case unfolded, I began to understand the error in my reaction, and started to appreciate a lesson on cultural sensitivity and competence. This couple was experiencing a second pregnancy just a few months after suffering a miscarriage. The young woman, approximately my age at the time, was now bleeding unexpectedly, and both she and her husband were terrified of another loss. The young man felt that he could best protect and aid his wife by bringing her to the most qualified physician, whom he assumed to be male. Growing up in a small village meant that this man did not come into contact with many women whose roles exceeded that of a homemaker. Based on his cultural and sociological upbringing, he was taking care of his wife as best as he knew possible.

I will never abandon my own background and experiences that have taught me women are resilient, proficient, and bring a creative and unique perspective. Still, I do not think I need to sacrifice this in any way when reconciling with my experience in India. I can appreciate that women like my mother and Dr. Joshi are real heroes, but I can also accept that the young man I met in the clinic only wanted to help his wife as he believed best. To scorn his behavior immediately was to disregard his intention, and to write him off as a bad person demonstrated a lack of cultural understanding.

In the medical profession we are faced with moments when we feel wounded and disrespected. “How could someone say that to me when all I am trying to do is help?” Often the answer is because that person feels scared and is trying to protect someone they love. This message becomes especially blurred in an unfamiliar cultural setting where actions and remarks do not translate as we might expect. One way we can better prepare ourselves for these situations is to travel and meet individuals from diverse backgrounds. The more experiences we have communicating with other people, the more equipped we are to understand one another. It soon becomes evident that despite our differences in expression, we are most often all saying the same thing.

Natalie Wilcox is a medical student who blogs at The Doctor Blog.

5 ways Google Glass can be used in a hospital 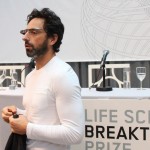