The recommendation earned a Grade B in the USPSTF’s draft statement released July 29, 2013:

Suggestion: Offer or provide this service.

The USPSTF’s recommendations have generally become the U.S. standard of care, both because of the authority of its expert panel, and because insurers face pressure to cover the recommended services. Under the Affordable Care Act (“Obamacare”), insurers are required by law to pay the entire cost of any screening service recommended by the USPSTF with a Grade A or B rating, without any copay or deductible.

The USPSTF did not recommend other screening methods like chest x-ray or sputum cytology. Previously the task force had either voted against lung cancer screening (in 1996) or declined to recommend either way, citing lack of evidence (2004).

A systematic review in Annals of Internal Medicine was published simultaneously online as the basis of support for the USPSTF’s lung cancer screening recommendations.

The USPSTF’s recommendations follow those of the American Lung Association, American Cancer Society, and the American College of Chest Physicians and American Thoracic Society, all of whom have recommended lung cancer screening CT for people meeting the National Lung Screening Trial (NLST) entry criteria (but with varying degrees of strength).

The USPSTF made its own recommendation that screening should stop once a person reaches age 80.

However, they added the caveat that “caution should be used in recommending screening to patients with significant comorbidity, particularly those who are toward the upper end of the screening age range.”

In the National Lung Cancer Screening Trial, screening CT provided a 20% relative reduction in death from lung cancer, but 320 people had to be screened to prevent one lung cancer death. Total costs for a national program of lung cancer screening CT are estimated at $1.5 billion per year.

The USPSTF decided those numbers were well in line with other approved screening tests:

Under the Affordable Care Act, insurance companies must pay in full for any screening test rated Grade A or B by USPSTF (i.e., no deductible or copay). To comply with current guidelines and to avoid liability from missed lung cancer diagnoses, primary care physicians will likely soon begin recommend lung cancer screening CT en masse.  Patients will have no financial disincentive to get their tests, and plenty of fear motivating them to do so.

That’s expected to come with the cost of hundreds of thousands of false positives, as 40% of people in the NLST had at least one worrisome “positive” lung cancer screening CT. 95% of these proved to be false positives, but only after anxiety and a small number of biopsies and even surgeries, which these (cancer-free) patients would likely have avoided had they not been screened. These patients also received extra ionizing radiation from CTs, which carries about a 1 in 2,000 to 10,000 chance of causing cancer later. Low-dose screening CT may have a lower risk of causing cancer.

As many as 20% of patients in the NLST had false negative scans (they got lung cancer despite having had no detectable abnormality on their screening CTs).

Matthew Hoffman is a pulmonary and critical care physician who blogs at PulmCCM.org.

How long do you continue to fight when death is certain? 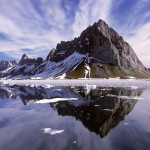 A change of heart on medical marijuana