With its expansion of Medicaid eligibility, the Affordable Care Act (a.k.a. Obamacare) was supposed to go a long way towards providing healthcare coverage to millions of uninsured Americans. That accomplishment was dealt a large blow by the Supreme Court, when it forbade the federal government from requiring states to expand Medicaid coverage. Nevertheless, many states plan to offer Medicaid to anyone with incomes at or below 138% of the Federal Poverty Limit (FPL). And more states might follow suit over time, under pressure from the healthcare industry, which likes its customers to be paying customers.

However, even if Medicaid coverage expands under Obamacare, a big potential problem remains — many physicians will be unwilling to care for Medicaid patients. But how many physicians and which ones?

If you are like me, you guessed some high-paying procedural subspecialty, like orthopedic surgery or ophthalmology, where the physicians are accustomed to high fees and well-paying patients. In the case of orthopedic surgery, you would not have been too far off—40% of these physicians were unwilling to make new patient visits available to Medicaid recipients. On the other hand, only 18% of ophthalmologists were unwilling to see Medicaid patients.

The “winner” was a surprise to me however: it was psychiatrists. A full 56% of them were not open to seeing new Medicaid patients. I don’t know why this is such a high number. Perhaps Medicaid enrollees have a higher than average rate of mental illness, and thus account for a disproportionate number of psychiatric patients, maxing out their ability to care for those patients. Or perhaps Medicaid fees are particularly low for psychiatric care, relative to other forms of care. I’d be curious to see if any of you readers have any other ideas.

Which doctors do you think were most likely to accept new Medicaid enrollees? Once again, I was surprised by the answer: it was cardiologists. Only 9% were unwilling to take on new Medicaid patients.

I am not knowledgeable enough about Medicaid to understand what is going on here. I would love to hear ideas from all of you.

But meanwhile, I leave you with a simple take home point: healthcare coverage does not equate with access to healthcare. Physicians have to be willing to see patients. And if Medicaid does not pay well enough to incentivize physicians to see Medicaid patients, or if it is too slow to pay off claims, or if some other barrier stands in the way of helping these patients receive needed medical care—then we need to address those barriers. It is no use to obtain healthcare coverage that doesn’t get you healthcare!

Should the definition of cancer be changed?

Dear patients: My skill set no longer matches your needs 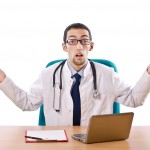 What good is Medicaid expansion if no doctor sees Medicaid patients?
170 comments