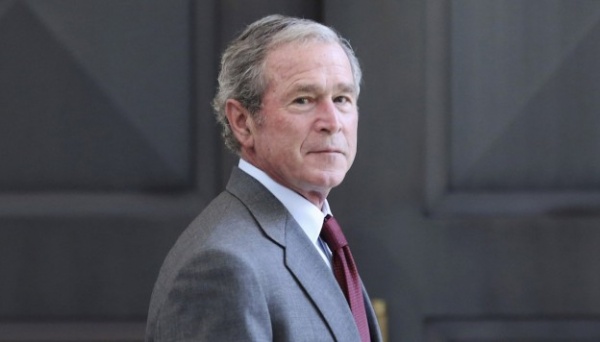 Former president George W. Bush underwent an angioplasty recently, and the details sparked a public debate about the controversies of heart disease treatments.

His spokesman stated that he underwent a routine physical exam and had no symptoms of heart disease. A stress test showed EKG changes and a CT angiogram found a blocked artery. He was transferred to another hospital and underwent an angioplasty, a procedure in which a stent (a wire mesh tube) is inserted into the blocked artery and pushed against the artery walls to prop it open.

Before delving into the details of the ensuing controversy, let me make clear that we don’t have enough details about Bush’s care to make any judgments about it, and the rest of the post will be about angioplasties in general, and not about Bush’s case specifically.

Whenever a public figure undergoes a medical procedure there is a concern that the public will misunderstand the details and assume that the procedure is also right for them. (A recent example is Angelina Jolie’s revelation of her double mastectomy.)

The controversy regarding Bush’s care centers on the fact that while angioplasties are known to be lifesaving during or immediately after a heart attack, in patients with stable heart disease they have no advantage over medications other than for relief of chest pain. We are told that Bush was not experiencing chest pain, and he is known to be an active athlete, having hosted and participated in several lengthy bicycle rides since leaving office. So the justification for the angioplasty is unclear.

Our best evidence comparing angioplasty to medications in patients with narrowed coronary arteries comes from the COURAGE trial which published its findings in 2007. The trial showed that rates of heart attack and death were the same whether patients with blocked arteries underwent angioplasty or were put on optimal medications.

This is where the media sometimes distorts the story. The press coverage of Bush’s angioplasty had frequent questions about the necessity of the angioplasty and the cost of such a procedure. That is precisely not the point, and gives the public the incorrect idea that angioplasties are expensive and beneficial luxuries. BMWs, after all, are unnecessary and expensive, but very nice. And if a VIP gets something unnecessary and expensive, shouldn’t I want one too? The point of the evidence about angioplasties is that in most patients they have no benefit. Focusing on “necessity” misses that point.

It is entirely possible that Bush’s care was flawless. One possibility was that his stress test was extremely abnormal. Such very abnormal tests were excluded from the COURAGE trial, and we have no definitive evidence whether medications or stenting is best in those cases.

The important thing for the public to understand is that VIPs sometimes get terrible care. I’ve personally seen that myself. Physicians often over-test and over-treat celebrities, wrongly thinking that this will protect them from blame for any adverse outcome later. It’s much easier to tell a prominent patient that we will fix your problem with a high-tech and very expensive solution, rather than taking the time to educate the patient that we should start a few very old and very inexpensive medicines which have been proven to save lives. Paradoxically, we’re frequently much more comfortable doing the right thing for patients who will not draw public attention.

I wish the former president continued good health. I wish the rest of us a careful review of the evidence before we burst into our doctors’ office demanding a stress test.

Why does Ezekiel Emanuel have such a low opinion of physicians?