A New York Times op-ed entitled “In Cancer Care, Cost Matters,”  described what may be one of the earliest accounts where doctors at Sloan-Kettering decided not to use a new cancer drug because of its extra cost when they were already using equally-effective drugs for their cancer treatments.  The article piqued my interest.  These days for any doctor who uses expensive technologies, it is easy to see where this evaluation will lead us in our new era of cost concerns in medicine.  Medical device companies should take notice.

Few use more expensive technology in medicine than cardiologists and cardiac electrophysiologists.  Not only is our technology expensive, it is also used frequently.  Cardiovascular disease remains one of the largest cost drivers in medicine.

In the past, doctors (myself included) were complicit with device companies in our use of new technologies, implanting the latest model of defibrillator, for instance, not because it saved lives any better, but more so we could boast that our patients were receiving a “Cadillac” defibrillator rather than a “Ford” device (no disrespect intended to car companies, but you get my drift).  After all, our patients deserved the best and most innovative technology available at the time.  We did not want to be caught in the embarrassing position of being behind innovation power curve either.

I should acknowledge that there have been some very important recent developments with defibrillators since the 2005-2006 device recalls that plagued our specialty.  The ability to monitor device reliability wirelessly facilitated the ability to detect device battery depletions or lead failures and has improved our understanding of tolerable device and lead failure rates, for instance.  But it is not uncommon for a newly-named pacemaker or defibrillator to add several thousand dollars to the health care system over last year’s device yet they may add only minor advances over the prior year’s model.

Pacemakers, too, are being manufactured that are FDA-labelled MRI-tolerant.  But examples of safe application of MRIs to conventional pacemakers are prevalent in the medical literature, so is the extra cost of an MRI-safe pacemaker worth it?  (In actuality, if you ask the informed pacemaker implanters out there, the main reason MRI pacemakers are routinely implanted is not because of safety concerns, but because of the CMS coverage decision for MRI payment in patients with pacemakers)  How do we weigh the cost of these extra advances in technology versus their ability to improve our patients’ actual morbidity and mortality?

Increasingly, doctors will soon be involved with purchasing decisions for advanced technologies.  Pacemakers, defibrillators, implantable monitors, stents, catheters, and even small sheaths will be scrutinized for their utility, ease of use, and cost.  (The liability of not using a technology will also be considered, but this issue is hard to measure and  less familiar to frontline doctors.)

The real question, of course, is will the patient see these cost savings if older technologies are used?  This is hard to say since there are so many layers to our health care system between the patient and the dollar.    Also, how will patients react when they find out online that their model of medical device is last year’s model rather than this year’s?  Will they seek another hospital system with shinier walls and bigger names?  It’s impossible to tell.

But if hospitals are smart, they’ll make it clear to the patient on their bill what they saved themselves by using an earlier-year device.  Medical device companies, too, might shift their marketing tactics to costs and benefits from things like size or shape of their device.

But one thing’s for certain in the days ahead: device companies will have to carry not just this year’s model of device, but last year’s, too.  Innovations in technologies will be harder to sell unless they show real patient morbidity or mortality benefit.  Companies will have to adapt their marketing campaigns since cost savings, done correctly, will benefit everyone.

After all, it’s now about real costs and benefits in health care, rather than just sexy bells and whistles. 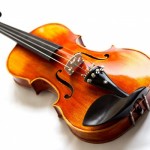 The stigma experienced by patients with psychiatric disorders

Weighing the cost of technology advances in medical devices
1 comments