It’s happened at last: the epitome of ridiculousness in the already pretty ridiculous world of drug prior authorizations. I wish I could say that I made this up.

I got a fax from a pharmacy requesting a prior authorization for a brand name drug called Protonix, one of a family of medications used to treat ulcers, acid reflux, and other forms of tummy ache. This happens. Because there are five different drugs in this class (not counting generics), there is no way I can keep straight which plans prefer which drug. Sadly, switching patients from one medication to another, even if it’s working just fine, purely because of which drug maker is in bed with which insurance plan, is an everyday event. No big deal.

Here’s the thing: the patient was already doing well on pantoprazole, which happens to be generic Protonix. What?

The fax from the pharmacy has more information: “The patient wants a prescription for brand name Protonix because she has a coupon that will allow her to pay only $4.00 for it.”

It just so happens that pantoprazole is already on the list of $4.00 generics!

But, says the pharmacy, that’s what the patient wants.

Problem. In order to get a prior authorization approved, I have to state that generic pantoprazole has failed to control the patient’s symptoms. I can’t do that because it’s not true.

So even if I tried to do the prior authorization, it would be denied.

Patient is out of luck.

I call her up and ask what’s going on. Turns out that because her co-pay for the generic is $20.00, she wants to use her $4.00 card for the brand name drug. Sounds logical from her end, right? Too bad I can’t do anything for her.

But wait, I can. Turns out there is a pharmacy chain that’s actually giving away free pantoprazole. Why would they do this? Because they’ve been able to get the stuff so cheaply, they know they’re going to make more money off her from other stuff she buys when she comes in to pick it up. They call it a loss leader in retail circles.

Patient is delighted to hear this. New prescription called in to different pharmacy. All’s right with the world, except the original drugstore is probably gnashing its teeth at having lost a script, when frankly all they had to do was write off $16 of her generic co-pay.

I keep saying, “Now I’ve seen everything,” but then I see more. 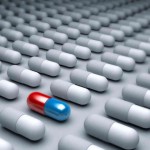 The wacky world of prescription prior authorizations
14 comments