If the soul of a free society is free speech, what role is the mind? Anyone and everyone has the right to express their opinion, but nowhere in our country’s founding documents does it say all opinions are based upon fact and reason, or equal in merit.  Recent observations regarding the high and rising hesitancy toward childhood immunizations in our country have me thinking tonight about the tension between personal opinion and public harm and the madness of crowds.

In 1998, without scientific justification, British Surgeon Andrew Wakefield expressed his personal opinion that measles vaccination increased the risk for autism.  Wakefield used wacky research practices, including drawing blood from children attending his kid’s birthday party, to amass fraudulent data that eventually led to his opinion being discredited and his medical license revoked. But the damage was done.  British parents ignored recommendations from the Royal College of Pediatrics, and safety data from the World Health Organization (WHO) and the Centers for Disease Control and Prevention (CDC), in favor of one physician’s scientifically baseless personal opinion.  Parents withheld measles vaccination from half the kids in the country for the next few years.  As a result, today the UK is awash in adolescent measles, with some kids becoming very ill.

In the US, unlike the UK, a child can’t attend school without receiving all age-appropriate vaccinations, but some moms still think they can “divine” an immunization schedule better than what the scientific method has determined and validated.  And not just for the measles vaccination, but all of them.  And what about the kids home-schooled who may receive no vaccinations?  Those moms are certainly entitled to their opinions, but are they entitled to place their kids or your kids in harm’s way.

Scientifically derived facts, when available, must govern the design and administration of our children’s healthcare, rather than opinion. But what caused the harm in the UK?  Was it Wakefield’s bogus opinion, or that half the mom’s followed it, rather than scientifically rational recommendations from the Royal College?

The truth about guar gum 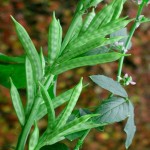 Should insurers pay for the Oncotype DX prostate cancer test?

The tension between personal opinion and public harm
71 comments