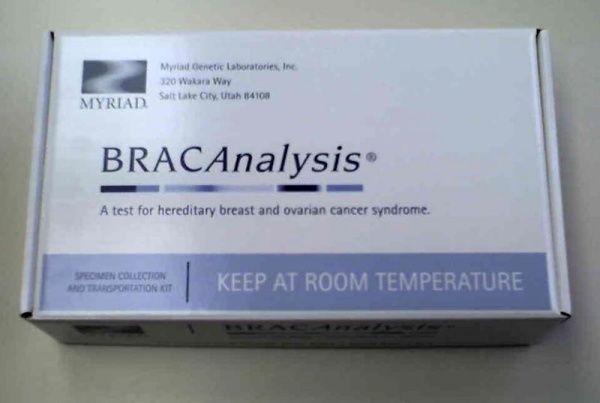 The recent ruling by the U.S. Supreme Court brought Association for Molecular Pathology v. Myriad Genetics back to the headlines, with interest being stoked by Angelina Jolie’s recent disclosure of her double mastectomy.

The lawsuit revolved around patents owned by Myriad related to its BRACAnalysis test, which assesses the likelihood that a person will develop certain cancers, including breast cancer, by searching the DNA for disease-causing sequences. The patents under focus in this lawsuit claim genetic sequences isolated from, or derived from, human DNA—molecules created by manipulating, changing or adding to the DNA.

Myriad argued that the molecules they claimed do not exist as such in human cells and are instead the result of human manipulation and innovation. The parties suing Myriad, led by lawyers from the American Civil Liberties Union (ACLU), argued that these molecules are very similar to molecules found in human cells, and that the level of human intervention required to make them does not remove them from the realm of natural products.

The underlying question, then, was how much activity is necessary to consider something man-made.

The Supreme Court’s ruling did not hand a clear victory to either party. DNA molecules having a sequence that is identical to a sequence found in a portion of the human genome were ruled to be products of nature, and therefore not eligible for a patent. The Court also held that modified DNA molecules whose sequences are no longer identical to the genomic sequence, such as complementary DNA (cDNA), are patentable.

The greatest impact of the Myriad decision is not likely to be the invalidation of existing so-called “gene patents.” These patents were a product of research of the 1980s and 1990s; their days were already numbered with the advent of genome sequencing in the 1990s, and many have already expired or soon will. In fact, the Myriad patents in question would have begun to expire in 2015 had they been upheld.

Instead, the decision’s greatest impact is likely to be the uncertainty it has created around protection of intellectual property. While the Supreme Court has left avenues to the patenting of personalized medicine advances open, it hasn’t clearly established where the boundary of what is and isn’t patent-eligible now lies.

While the decision drew a bright line between the cDNA and genomic DNA-derived molecules of the Myriad patents, it is not clear how the ruling will be applied to other biological molecules, like proteins and small molecules, or to widely used technologies such as the polymerase chain reaction (PCR).

A similar situation now exists with biology-related patents, and there are life-saving technologies and billions of dollars riding on the implications of the Supreme Court’s decision.

Whatever the intentions such shifts in intellectual property law run the risk of driving funding to technology sectors where intellectual property rights are more predictable or pressuring investors to rely on protections that are less susceptible to the whims of the courts, such as trade secrets.

A company never has to reveal its trade secrets (think of the Coca-Cola recipe), but to obtain a patent, the inventor must tell the public, in minute detail, how to make and practice the invention. While opponents of patents argue that they are promoting the free exchange of ideas, a lack of predictable, meaningful intellectual property rights is likely to have the opposite effect, as inventors and companies strive to protect their technologies with a veil of secrecy instead of the very public option of a patent.

Technological advances are difficult, risky and often expensive. If intellectual property protection for the next generation of medical breakthrough is unavailable, or perhaps worse, unpredictable, the incentive to develop groundbreaking new tests and drugs will evaporate.

One of the reasons that Myriad was sued—the reason this case exists—is the very success of the BRACAnalysis test. More than 1 million women and men have used it to gauge their risk of developing cancer and make more informed choices about their medical care—choices that are significantly reduced in the presence of an active illness.

The test’s success relied upon rigorous scientific validation. Would Angelina Jolie and thousands of other women elect to have a double mastectomy based on a test that wasn’t validated? Would insurers cover it?

As detailed by articles from Diaceutics and Forbes, the cost to develop and validate the average molecular diagnostic test is between $50 million and $75 million, while anywhere from $1.5 billion to more than $11 billion is spent for every drug that reaches the market. And keep in mind that roughly 90 percent of the drugs that begin clinical trials never make it to market at all.

Without the protection of a patent, a company could spend a decade or more, as well as millions or billions of dollars, to put a piece of healthcare technology into the hands of doctors—only to have another company swiftly copy the technology, pass it quickly through the regulatory hurdles of the FDA and sell it a much lower price, having invested only a fraction of the time and money.

Surely no individual or company would invest staggering sums of their own money into projects that cannot be expected to be profitable. Nor can we expect government or taxpayers to fill the void. Already, adjusting for inflation, government funding of the National Institutes of Health has fallen by nearly one quarter over the last decade, and additional sequestration cuts are just beginning to be felt.

During oral arguments this spring, the Justices of the Supreme Court challenged Chris Hansen, the ACLU lawyer representing the case against Myriad, on this very point. Justice Kennedy scolded Hansen for treating this point rather dismissively: ‘To say, ‘oh, well, the taxpayers will do it, don’t worry,’ is, I think, an insufficient answer.”

Justice Scalia: I mean, sure, yes, I can do stuff with it afterwards, but so can everybody else. What advantage do I get from being the person that or the company that isolated that gene? You say none at all.

Mr. Hansen: No, I think you get enormous recognition, but I don’t think –

While humanitarian intentions are noble, and Nobel prizes prestigious, they are not enough to sustain inventors and scientists on the long, costly path to validation. The patent system was not designed to stifle technological advances, but to encourage them. A patent gives the inventor a short interlude in which to reap the rewards of a long-time investment without being undercut by those who would stand upon the shoulders of giants.

We are spending billions to train the wrong kind of doctors