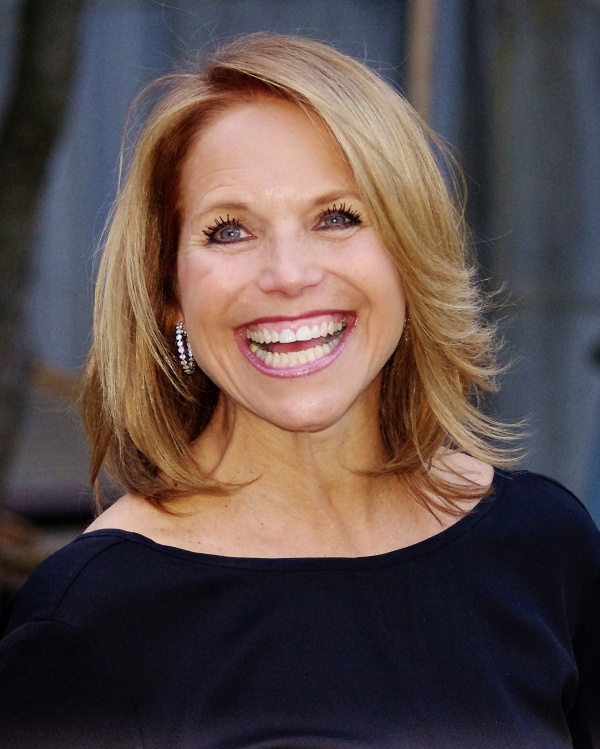 In 2003, the Archives of Internal Medicine published an observational study assessing the impact of Katie Couric’s March 2000 Today Show colorectal cancer awareness campaign, including the well-known colonoscopy she underwent live on air. The data was compelling, showing a sizeable spike in colonoscopy rates across the U.S. of more than 20%, thanks to this very likeable, personable, and brave public figure who shared her personal story of losing her husband, Jay Monahan, to colorectal cancer.

Coined as the “Katie Couric effect,” data such as this highlighted the power that a celebrity spokesperson can have on raising awareness about preventative health measures like screening colonoscopies. And many other celebrity personalities like Steve Harvey and Dr. Mehmet Oz have followed suit in having the goings on, sometimes from start to finish, of their colonoscopic procedures televised in hopes of producing even a fraction of Couric’s level of impact.

The flip side of these television personalities’ good deeds are provocative articles in well-read newspapers. Highly-publicized pieces can sometimes help to inform the public about health-related topics, but can also work to set back the positive influence of the Katie Couric effect.

Case and point is a recent piece from the New York Times published in June 2013 that has gained much attention as part of a series entitled “Paying Till It Hurts,” that focuses on the high cost of healthcare in America. Elisabeth Rosenthal’s front-page article, “The $2.7 Trillion Medical Bill – Colonoscopies Explain Why U.S. Leads the World in Health Expenditures,” highlights colonoscopies, and by extension the endoscopists who perform them (be they gastroenterologists, internists, or surgeons), as one of the primary reasons for the high cost of medical care in the country today.

The article sparked much debate, which is arguably a good thing, because it gets people thinking and talking. No one can argue that our current healthcare system is flawed, that defensive medicine drives up healthcare costs, and huge medical bills are a legitimate fear for families, for astronomical medical bills can drive some families deep into debt. Clearly this is a problem that deserves significant attention. And as Rosenthal highlights in her article, more data is needed showing a head-to-head comparison between the noninvasive methods of screening versus procedural screening methods like colonoscopies and flexible sigmoidoscopies.

What many take issue with, though, and as letters to the editor in response to the article emphasize, is that “the [New York Times] article focuses attention on the one and only preventative cancer test that has been demonstrated to significantly reduce the incidence of colon cancer and death.”  Data as recent as 2012 show that colonoscopies result in an estimated 53% reduction in colorectal cancer, which is quite impressive. If only we had such successful preventative exams for other cancers! And not only does the test work to catch cancers early, but it also functions to prevent colorectal cancers by finding and removing precancerous growths, or polyps.

It is important to inform those patients due for screening that there are other options for screening aside from colonoscopies, and that there is certainly good data behind these noninvasive alternatives. But we must also be mindful of the reality that preventative tests are preferred over detection tests. Colonoscopies fall under the category of preventative tests, because as mentioned above, they catch polyps, the precursors of colorectal cancer. Colorectal cancer claims over 50,000 lives yearly. It is the second most common cancer killer amongst men and women in the U.S. These are unacceptable numbers for a preventable cancer.

So, let me offer a big thank you to Katie Couric, for specifically addressing and responding to the Times article in a blog featured in the Huffington Post, with hopes that her star power can grab people’s attention once again, and help raise rates of colonoscopy screening as it had so fiercely done in 2000. In her opinion piece entitled “Colorectal Cancer Screening Saves Lives,” she writes: “Watching a loved one die of cancer is devastating, particularly if the death – indeed the cancer itself – could have been prevented.” Over 90% of colorectal cancers are preventable. Her piece is heartfelt, honest, poignant, and quite informative, not only about the different methods of screening available, but also because she explains why a colonoscopy was the right screening test for her.

The Katie Couric effect is powerful. She worked to raise awareness about the importance of colorectal cancer screening and prevention. She demystified the procedure so that others could understand the ins and outs not only of her insides, but also about the importance of the screening procedure itself. And it worked – beautifully. Hopefully, her continued dedication from that 2000 campaign until now not only honors her husband’s legacy, but can soften the blow of arguably one-sided reporting about colonoscopies and the physicians who perform them. Her efforts urged others to get screened, and undoubtedly saved lives in the process. In her article, she writes plainly, “Colonoscopies save lives.”

We allow the legal system to contaminate evidence based guidelines

Should the Sunshine Act be celebrated?

How Katie Couric continues to influence the colonoscopy debate
8 comments