In the business of medicine, one of the brightest hopes is the potential for re-optimizing our spend around what patients want. That’s important because decades of research in the field of shared decision making have shown that when there’s a range of options to treat a condition, informed patients choose less spending and less invasive treatment.

Unfortunately, the University of Chicago press release for a new study released in JAMA Internal Medicine botches the headline, which has already (at this writing) resulted in thousands of pages parroting, verbatim, something the study doesn’t say. The false headline:

“When doctors and patients share in decisions, hospital costs go up”

The study didn’t even look at what happens when decisions are shared. If press releases had licenses, this one’s should be revoked:

The study was released on a Monday holiday (Memorial Day) – the journal’s usual weekly schedule. By 9 a.m. Tuesday, thousands of sites and media outlets had already posted it, with no critical analysis of the study itself – reporters only saw (and often parroted) the press release. As Health News Review has often reported, that’s sloppy reportage, and it can cause real harm.

Careful writing is important for many reasons, not least that intelligent but hurried reporters will trust the presser, resulting in a cascade of secondary damage. Example: as I write this, if you Google shared decision making costs the top result searchers get is this:

That’s a weak conclusion: the study’s own data, published in its Table 1, only reports a correlation. There wasn’t even any attempt in the study to compare what happens when decisions are or aren’t shared; they didn’t even report on whether any decisions were shared in the 21,000 cases studied.

Note, too, that “may spur” does not match the heading’s blanket assertion that it does. It’s a claim not supported by the evidence.

But do relevance and accuracy matter?  I know a bit about SDM (shared decision making) but I’m no expert, so I asked some.

One of the world’s leading authorities is Mike Barry, MD of the Informed Medical Decisions Foundation, whom I first met when we attended a Salzburg Global Seminar on SDM in 2010. In addition to his work at IMDF he’s past president of the Society of General Internal Medicine and is currently medical director of the John D. Stoeckle Center for Primary Care Innovation at Mass General. (Innovation’s a good thing, too.) He points out:

For both reasons, the headline’s assertion that SDM increases costs is simply wrong; Barry agreed with my suggestion that it’s inflammatory. In fact, the study itself notes that “the results of this single-site study may not be generalizable outside of the urban, largely African-American population we studied.”

Speaking of which, a paper at this month’s big oncology conference noted that, astoundingly, 20% of patients with metastastic cancer receive no treatment at all, and the effect is associated with race and income. I imagine that if those patients got their preference, spending would indeed increase.

Jumping to, and spreading, a harmful conclusion

Perhaps the writers of the press release didn’t study the study, or don’t understand the rules of inference. In any case, the harm is done: the false headline is out there and being widely reported, leading to the idea that the voice of the patient should be suppressed or costs will go up.

I’m sure it’s coincidental that this mimics what happens in political campaigns, when one side spreads a lie and then retracts it but the claim persists. In any case, the people I know in the patient community are incensed at the idea – unsupported by this study – that their voices may need to be squelched, lest costs go through the roof. 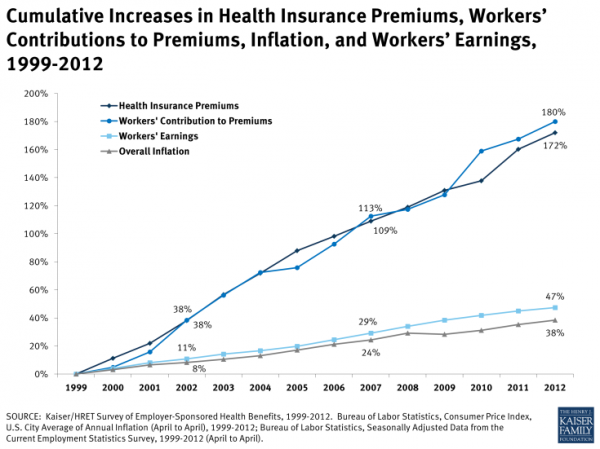 The truth is that listening to advice from people in the industry has led to the inexorable cost increases we’ve seen. In contrast to that, the Institute of Medicine itself (the pinnacle of academic medicine) says in its landmark report Best Care at Lower Cost that in order to fix our medical spending we need a “continuously learning health care system,” and one of its pillars is “Engaged, empowered patients” – the system should be “anchored on patient needs and perspectives.”

I’m hoping the many reporters who were misled by the press release headline will be able to publish clarifications about what the study actually showed, and what medicine actually needs. This is an important subject, as indicated by the IOM’s interest, and this headline is already causing damage that could affect policy and may take years to clean up. Let’s start now.

p.s. Before writing this, in an effort to engage, I wrote to the author of the press release requesting a correction. He replied that he believes the study does indeed support what he wrote. What do you think?

Cardiologists should lead the way in shared decision making