A few weeks ago my wife, my son, and I went out for dinner. My son, though usually well-behaved and pleasant, was boisterous and disruptive, alternately leaping off his seat to crawl under the table and banging his silverware on his water glass to see what different volume of sound he could make it produce. Our tolerance for disciplining him patiently having been exhausted in us both by our respective challenging days, we decided to do something we almost never do while eating a meal: allow him to play a game on my smartphone.

My wife and I both feel strongly not only that the amount of time we allow him to do that should be limited in general, but also that during a family meal we’re all careful to remain present with one another and aren’t allowed to disappear into our electronic devices (including she and I!). Yet that night we gave in to him.

Though the games immediately took over his attention and allowed my wife and I to enjoy the peaceful meal we craved, at almost every meal since he’s asked to play a game on my phone. When we say no, he pouts and acts out, continuing to cite that one time we said yes. “I did it then!” he cries. “Why can’t I do it now?”

My son is just five. He’s only beginning to learn how to regulate his emotions. Reasoning with him works only when he’s in a certain mood—that is, not activated by boredom, hunger, or a strong desire (which is to say, rarely). He usually respects the boundaries we set for him not because they’re (mostly) reasonable but because we set them (mostly) calmly and firmly. He sometimes tests them, of course, but he usually backs off quickly when we refuse to change our minds having learned over time that we rarely give in to whining.

This is because every time we have, we inevitably face days afterward of increased reluctance to respect the limits we set. Like almost all children, he’s a master of probing his parents’ weaknesses, searching for and taking advantage of any openings that lie exposed. This isn’t malicious on his part, of course. It’s how children learn to get what they want—to fulfill their desires—as their parents typically represent the main obstacles in the way of their doing so. As parents, we must constantly make judgments about those desires—about their safety, the message that allowing them to be fulfilled communicates, and so on. It may seem mean—or, at the very least, arbitrary—to anyone observing a parent-child interaction in which a child is being denied something he wants, but wise parents understand the importance of placing limits on their children. That, after all, is how you teach them appropriate behaviors and attitudes.

The challenge here isn’t figuring out what boundaries are appropriate to set. It’s setting those boundaries consistently. Because when you set them inconsistently, you create not only a more difficult child but also a more confused one. How can you justify to a child, who after a certain age not only understands fairness but demands it, why he can play a game on a smartphone at one meal but not at another? You can tell the truth—that you’re a flawed human being who’s sometimes just too tired to be consistent—which is what my wife and I ended up doing in the week that followed our misstep, but that rarely satisfies either parent or child.

This, then, is exactly the reinforcement schedule that giving in to a child’s demands on an occasional basis yields. You are in effect priming your child to continue to challenge what you’ve already set as appropriate boundaries. On the other hand, if you were to schedule exceptions on a regular basis, it would reinforce his challenging behavior far less. (In fact, my wife and I do just that by allowing our son to watch cartoons on weekend mornings only and half an hour of iPad “movies” on weeknights, limiting his total number of hours in front of a screen to 7.5/week. By scheduling exceptions to our basic rule of “no television” we limit his screen time to reasonable levels and he feels like he’s getting what he wants.)

The same is true of setting boundaries with adults. Many of us, of course, have great difficulty doing so for a variety of reasons. But what we may not realize is how we set ourselves up to have our boundaries tested more often in the future when we allow random exceptions in the present. This isn’t to say such exceptions shouldn’t sometimes be made. But even when they’re appropriate to make, the effect is the same. The point here isn’t that we should never make exceptions. It’s that we should be prepared, when we do, to have our boundaries challenged even more. Because when we are prepared, we’re better able to return to setting them consistently.

How to know if your baby has autism 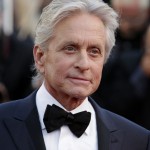