In America, the conventional wisdom is that we don’t ration health care. But we do, and there’s no better example than patients rationing themselves when it comes to the medicines they take.

Recently, a young twenty-something I know had a nagging cough—seasonal allergies, her doctor said and prescribed a generic medicine for asthma and allergies. She did not fill the prescription—the $160 price tag was too steep. Although she had health insurance from her employer, she had declined drug coverage because it was expensive and being young and healthy, she figured she could swing the bill for an occasional antibiotic.

At my local pharmacy, I have observed other patients walking away empty-handed after they learn the price of their medicines. When one woman was told the price for a skin ointment that was more than $600, she left the package on the counter and walked away. When the pharmacist tells customers they must now pay hundreds of dollars in coinsurance for a refill because their benefits have changed, they walk away too.

People are shocked to learn at the counter that their insurance company (or their employer who actually chooses the coverage) has switched from a plan with modest copayments—a set amount for prescriptions—to coinsurance, a percentage of the bill that is almost always more costly to the patient. All this is a form of health care self-rationing, and although it has always gone on to some extent, it is now showing up in Americans’ consumption of prescription drugs.

Even though people are using more lower-cost generic drugs, that doesn’t mean generics always fit the pocketbook. The twenty-something who needed the seasonal allergy medication found that even the generic drug her doctor prescribed did not fit hers.

Affordability is a big problem that goes hand-in-hand with higher cost-sharing and out-of-pocket costs that even people with insurance are being asked to pay. As deductibles rise and the more expensive coinsurance is substituted for the cheaper copayments, there will be more self-rationing.

There may be clinical reasons for self-rationing as well. We know that patient compliance with prescription regimens is also a big problem, but when so many drugs now come with severe side effects, it’s understandable why some people self-ration and don’t take their meds. The treatment may be worse than the disease.

The of doctor prescribing patterns by ProPublica, the online investigative news organization, makes a case for clinical self-rationing. ProPublica found that doctors and other health care professionals were prescribing “large quantities of drugs that are potentially harmful, disorienting or addictive.”

Using Medicare data, ProPublica reporters discovered, for example, a Miami psychiatrist who gave hundreds of dementia patients an antipsychotic drug even though it carried the government’s most serious “black box” warning that the drug increases the risk of death. The reporters also found that in 2010, health care professionals wrote more than 500,000 prescriptions for the muscle relaxant carisoprodol, also known as Soma, even though it was pulled from the European market in 2007. The drug is also on the list of medications seniors should avoid, as published by the American Geriatrics Society. ProPublica found too that Medicare is not doing such a hot job of monitoring questionable medications.

So ProPublica has provided consumers with a tool for checking up on their doctors and asking some sharp questions about why they are asked to take certain drugs. That should be standard operating procedure for an engaged patient.

And that leads to the question: Is self-rationing of medications a good or a bad thing?  If your doctor prescribes some drug that Europeans have banned from the market, or one that carries a black box warning (which I have had doctors tell me to ignore), then self-rationing might be a good step along with finding a new doctor.

On the other hand, the twenty-something’s cough continued to worsen. Finally, she broke down and paid the asking price for the drug. Relief was on the way within a couple of hours. In medicine, very little is black or white — even rationing.

Trudy Lieberman is a journalist and an adjunct associate professor of public health, Hunter College. She blogs regularly on the Prepared Patient Forum. 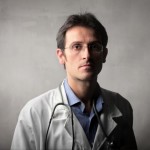 Is self-rationing of medications a good or a bad thing?
8 comments