As part of the first-year curriculum, medical students at the David Geffen School of Medicine at UCLA are required to attend chaplain rounds at local hospitals during which they accompany chaplains to offer spiritual care to patients. This is designed to encourage students to empathize with patients who are enduring difficult end-of-life issues and is part of a ubiquitous and important theme that inundates almost every medical student across the United States from the first day of medical school: “Human being” care before “patient” care. Do not forget the person behind the disease. Listen to your patients. Comfort your patients.

My chaplain rounds took place on an unusually hot Southern California afternoon and in all honesty, I thought for a second that I knew exactly what to expect. I’d seen sick—very sick—patients before, having worked in hospitals abroad in Africa, India, and Latin America several times. I didn’t think I’d learn too much more about suffering from disease—it’s terrible, and only the sufferer can fully understand it. I expected to maybe hear some patient stories—how they fell ill, how challenging it has been to cope, their reflections on dying—and perhaps to be shut out by some patients who would rather not divulge to a complete stranger. Fair. Really, more than fair.

I met Chaplain Yang for the first time in his office on the basement floor of the hospital. He was a thin, jolly young man, his eyes framed by thick black glasses, his pants just a bit crumpled. His awkward laughter was strangely inviting and warm in a way that perhaps only a chaplain can really perfect.

We saw many patients on the first day, and some of my expectations were indeed met. I was humbled as always to hear people’s stories. I admired their courage to mentally re-confront their suffering, and slightly guilty at benefiting, even if educationally, from their hardship. But I learned something new on that April afternoon, something in addition to the fact that Maria Gonzalez was going to die.

We knew it from reading her patient chart before entering the dark room, and we could sense it as soon as we entered. Her son, a Mexican man in his late twenties, knew it too, and he wasn’t thrilled as we crossed into the sacred space where his mother was waiting through her last few days in this life.

Chaplain Yang began somewhat softly, “Hello. My name is Chaplain Yang. Mrs. Gonzalez, how are you feeling today?” She was motionless and silent under the white hospital bed covers, but her eyes spoke. Red, vine-like capillaries filled her white sclera. It was clear that she was tired of dying, perhaps even of living.

“She doesn’t understand English,” said her son, mustering the words through clenched teeth. Chaplain Yang tried to reassure him that they could call translation services and asked Mrs. Gonzalez, again in English, “I’m going to call translation services, ok?” At that moment, her husband, an older, heavy-set man wearing a black cowboy hat, opened the door to the room, slightly startled to see us. “¿Quiénes son? (Who are they?),” he asked his son, who responded with a frustrated shrug. The room was a mess of malfunctioning parts—Chaplain Yang trying to get through to the Spanish translator via speakerphone, the clearly perturbed husband and son beginning to quarrel in a corner, the poor woman gripping her blanket, looking like she might begin to cry, and me standing immobilized in the middle of it all, my white coat not making anything better.

What surprised me was that my white coat may have made it all the worse. I felt the weight of medicine pressing down on me, as if I was supposed to do something to remedy the situation, be the discerning future physician with some great insight into human emotion and clinical complexity. At that moment, I couldn’t help but remember Hippocrates, the old father of medicine himself, yelling to me from the medical heavens, “First, do no harm!” I felt like maybe we should have left, or never have entered at all.

Mrs. Gonzalez looked over at me. Up until that point, I had been a silent figure in the room, barely moving so as not to draw any attention to myself. But rather than providing comfort, my image seemed to elicit feelings of distrust and humiliation in her. Her brows creased in worry and I couldn’t help but wonder what she was thinking. Was she upset that I wasn’t helping? Was she afraid that I had more bad news for her? Did she feel like she was supposed to say something to me? I began to feel conscious that I might come across as a professional, here because of my profession, not because the outcome of her life was really going to affect mine. And I’ll admit, it was the white coat that really immobilized me. I felt like a purported criminal, guilty until proven innocent for all of the mistrust that still exists between medicine and the patients who navigate its often turbulent waters. Tuskegee. Thalidomide. The Dalkon Shield. Me.

I had spent some time earlier that day ironing a dress shirt and picking out a tie that matched. I made sure to put on a pair of slacks that had been recently dry-cleaned and wore polished dress shoes. To top it all off, I pulled out my extra-white, only-worn-a-few-times, imprinted-with-the-logo-of-an-elite-medical-school white coat, as if I wasn’t already enough miles removed from the patients I would see throughout that day just by virtue of what I was wearing.

I came into my chaplain rounds shaped by many years of seeing immaculately dressed physicians walk into exam rooms, commanding the patient’s attention and compliance simply by their presence. I realized, however, that sometimes this presence is built on intimidation and superiority rather than professionalism and comfort. I believe that medicine at its roots continues to struggle in identifying with the patient because patients are usually humble, appreciative women and men just happy to still be alive. The average patient doesn’t wear fancy shoes or expensive designer shirts, and they certainly don’t wear a white coat.

As the visit continued, I remained a mannequin, donning the infamous white coat that has been documented to raise patient blood pressures. On the other hand, Chaplain Yang, the translator over the phone, and Mrs. Gonzalez had quickly and surprisingly delved into a deep conversation about her approaching death. In tears, she squeezed Chaplain Yang’s hands, telling him her fears about the experience. Her husband and son looked on, but I could sense a shift in their demeanor. After Chaplain Yang ended the visit with a prayer, the entire family thanked him greatly for his time and compassion. He walked out slowly, and as I followed him, his crumpled pants and awkward laughter may have made all the difference.

Professionalism in medicine is important, as it is in any field. Dressing well and wearing a white coat can in some cases instill feelings of security in patients—I doubt they’d want their physician to be unkempt or smell bad. But, at the same time, I think that physicians may have an uphill battle the moment they walk into the exam room just by virtue of being physicians, even if they are completely well-intentioned. Patients share with us their deepest fears—in some ways the essence of who they are or wish they were—and as a profession, we have lost some of that trust through several wrongdoings in the history and present of medicine.

And so I can’t help but wonder—when we as medical students are taught about humanism and relating to patients, are we overlooking the reality of medicine’s inherently unequal power dynamic? In exchanging our t-shirts and jeans for white coats, I fear we may have already handicapped ourselves as we bear responsibility for both the good and bad of our forefathers, and we should be aware of that.

All names and minor descriptions have been changed to protect patient and chaplain privacy.

Abraar Karan is a medical student who blogs at Swasthya Mundial.

Being called to assist with an in-flight medical emergency 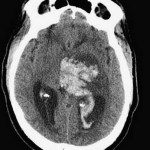