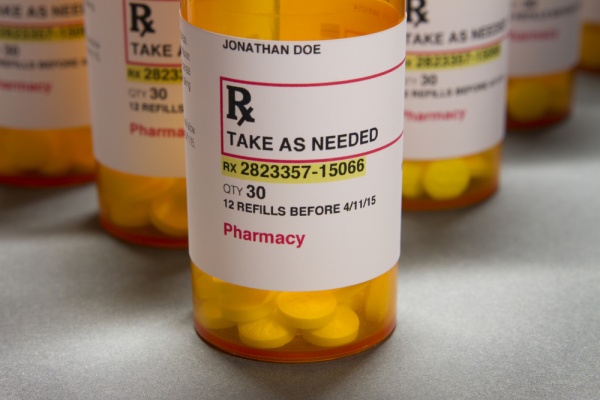 As the saying goes, “With great power comes great responsibility.” That applies to physicians when prescribing medications, but it also should apply to pharmacies when they’re dispensing medications.

In December, after seven years of exams, lectures and rounds, I received my medical license. Finally, I had the power to prescribe medications without the co-signature of my supervisor. “Be careful,” she advised, “remember the story of ‘once.'”

The story of “once” is a cautionary tale that — best as I am able to tell from Google — was adapted from a Spanish soap opera.

In one version, a doctor prescribes a patient a 30-day supply of a medication. Three days later, the patient returns for a refill. “How can this be?” the doctor wonders. The Spanish-speaking patient responds, “I took the pills exactly as the bottle said to: ’11 daily.'” The doctor scrutinized the pill bottle: “Take once daily.” But “once” read and pronounced “ohn-say” means 11 in Spanish. The patient had taken 11 pills daily, just as the bottle label said — in Spanish.

The patient lives in that story, but in other versions he is hospitalized or even dies. Shortly after I received my license, I had my own version.

Mr. P is a 65-year-old gentleman originally from Mexico. He speaks English well enough to have a light conversation but would be classified as limited English proficient, or LEP. That means he speaks English less than “very well,” and he is not unique: 40% of Californians speak a language other than English at home, and more than 6 million Californians are LEP.

He has diabetes, high cholesterol, high blood pressure and coronary artery disease, and takes 10 medications daily. He is a perfect candidate to be one of 150,000 Californians who are sickened or killed each year because of medication errors.

I had hoped to help him. He was taking one blood pressure medication twice a day, so I changed it to the once-a-day formulation. I wrote “Tome 1 pastilla en la noche” on a sticker and stuck it to the bottle to avoid any “once” pitfalls. I felt that this was part of my responsibility as a prescriber of medications.

Three months later, Mr. P ended up in the hospital. He had begun to feel lightheaded a week before, and then he fell. His heart rate in the emergency room was dangerously low. After an extensive evaluation and ultimately a visit to his home by a nurse, we discovered that he had resumed taking his blood pressure medication twice a day, despite being given the new once-a-day formulation. He in effect had doubled the dosage I had prescribed.

The directions I wrote out may have worked, but then he received his first refill and a new pill bottle. Although many pharmacies in California (including some but not all large chains) print non-English directions on pill bottles, his did not.

The Legislature is considering a bill — SB 204 — that would help; it’s moved to the Assembly after passage by the state Senate. If it becomes law, pharmacies will be required to print standard medication instructions translated into languages other than English on pill bottles. The instructions are already available in Spanish, Chinese, Vietnamese, Korean and Russian on the Board of Pharmacy’s website. With this law, they would be printed on the bottles themselves. (New York has a similar law.)

I, with my power to prescribe, almost killed my patient. Pharmacies, with their power to dispense and advise, could have helped keep him out of the hospital. The Legislature should make this procedure the law.

David Margolius is an internal medicine physician. He testified before the California Senate Committee of Business and Professions in April in support of SB 204.

How defensive medicine is akin to the war on terrorism