When an employee leaves a position, management might conduct an exit interview. The idea is obvious: one can learn a lot from those who are free to speak candidly.

This is why I think it’s worth listening to doctors who no longer practice medicine.

Enter Dr. Ed Marsh, a former pediatrician, who writes this poignant and relevant essay. His tone and candor is one of a man who still cares about healthcare.

A number of his points deserve emphasis. First the intrusions, then Obamacare in the real world.

Dr. Marsh’s most pressing concern is the loss of humanism in the practice of medicine. That too often, doctors are treating patients rather than caring for them.

This point cannot be underestimated. It is the essence of what is wrong with healthcare reform.

Taking care of patients is not like making cheesecake. You cannot automate everything about patient care. When I was in medical school, I took classes and attended seminars on how to better relate to patients as people. I was taught to make eye contact, ask open-ended questions and consider how a treatment might align with a patient’s values, including costs. I was taught to go slow and form a relationship with the patient.

Getting to good medical decisions has always depended on having adequate face time with the patient. This human-to-human time has never been more important. Technologic advances and medicalization of nearly every imperfection has fed the culture of doing (treating) more. Doctors need to explain (and patients must understand) that more care rarely equates with better care.

What we are striving for is rational care, and this takes time, and trust between doctor and patient. It takes a relationship.

Herein lies the problem with healthcare reform measures. Intrusions to the patient-doctor relationship make it tougher to get to rational care.

Dr. Marsh writes about how the intrusion of insurance coverage created a culture of entitlement. Clearly, it is a good thing when health insurance prevents financial ruin from an illness. The downside, however, is removing a patient’s “skin in the game.” Sure, medical costs will never be as easy to understand as that of a toaster, but if all health care is free—well that’s a problem.

Another intrusion to consider is distrust. This morning I spent an hour with a coding expert. I learned that unless I used the right nouns and verbs in my documentation, I will be outside of compliance—an offense that approaches being fraudulent. The documentation of a clinical encounter has been made into a nonsensical digital invoice for services rendered. A compliant medical note is nearly devoid of anything human. My point about distrust and coding is that you can’t click a computer and make eye contact. What’s more, as the patient, do you want your doctor studying coding rules or medical studies?

When a cubicle doctor from a far away insurance company calls you to question your motives for ordering a test or treatment, there’s always an aura of distrust. The implication, however friendly the conversation, goes something like this: I know you are the one taking care of the patient, but we all know I am here to keep you from gaming the system. I don’t know about you, but honest people do not take well to false accusations.

Then there are government intrusions.

The results of the election are clear. The majority wanted to avail healthcare to all Americans. I’m good with that. Americans decided to let government control healthcare delivery.

My problem with Obamacare is not that government will control healthcare, it’s that it does nothing to deal with the rising costs of healthcare.

First, it does nothing to change the incentives to deliver more—not rational–care. As a proceduralist, it is far harder for me to discuss the possibility of not doing a procedure than it is doing it. The fee-for-service system rewards me for doing procedures. For instance, I start every discussion about a procedure by telling the patient that I am a proceduralist, and like a roofer who tells you about the need for a new roof, I am paid to do procedures. Patients laugh about this analogy but the fact remains that doctors are humans, and humans respond to incentives.

Obamacare ignored this basic tenet of human nature. In a typical hour, I make ten-fold more than my wife. I am doing a low-stress procedure; she is discussing death and dying with an emotionally distraught family. That’s a travesty, because palliative care doctors relieve just as much as suffering as atrial fibrillation doctors. (Probably a hell of a lot more, actually.)

Second, Obamacare ignored the effects of liability. A proceduralist who does not do a procedure greatly increases his or her own risk. Take the ICD example: Not implanting a device in a patient who is “guideline eligible” is risky. For if the doctor was wrong, the patient might die—painlessly and peacefully, but die nonetheless. Now, what if a family member not privy to the pre-implant discussion investigates the death? They may find that their mother was eligible for a defibrillator. It’s the same thinking with the last round of chemotherapy, the surgery for dying bowel in a frail elderly patient, the feeding tube in dementia and a host of other conditions.

In our system, not doing is always riskier than doing. And this is just the view of a proceduralist: put yourself in the shoes of an ER doctor or primary care doctor. I have no idea how they do it. Well, I guess they order tests and consults, or, they worry a lot.

Third, Obamacare’s mechanism for cost saving is foolish. Reformers chose to blame “highly paid” caregivers. Cut doctors’ pay, turn us into data-entry clerks, monitor our e-data and replace us with more malleable non-physicians was a politically easy cop-out. Was it a calculated decision? Or were the smart people in charge of reform so ill-informed about the real world that they made an honest mistake? I hope it was the latter.

The problem with fixing healthcare on the backs of caregivers is the unintended consequences of creating a distrustful and joyless profession. It takes nearly two decades to make a physician. That’s a big investment. The health of our society argues for more skilled physicians—not fewer.

I think everyone should pause and think about healthcare reform. Make yourself the patient. Put yourself in the ER or in the doctor’s office. Give yourself the mass that needs removal–or does it? What do you want for yourself?

Compassion. Empathy. Skill. A relationship with a caregiver.

Kind, caring and unrushed nurses and doctors don’t just appear. Young people dedicate their life to medical careers because it is joyful, rewarding and financially sustainable.

Let’s listen to the voices of caregivers. Those of us who dare to write and speak do so because we still care. It matters.

Nelson Mandela: His doctors and nurses also need our thoughts 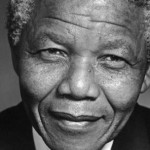