As a third-year med student, I was doing an ER shift when the call came through our dispatch: 56-year-old man, status epilepticus, being flown in from Yosemite, 10 minutes out. I watched the residents snap into a semi-ordered chaos. Ten crucial minutes. Prepping the trauma bay. Anticipating acute management, who was going to do it, half-tying the yellow paper gowns. Anyone who had looked tired didn’t anymore.

We raced in the elevator to the roof. Helicopter. Residents, attendings, me. The airlift paramedics I’d come to know by face, name, and the way they ran. Patient transferred, team moving in formation with the stretcher, bag masking and rushing downstairs to rapid-sequence intubate, medicate, and try to save him. It’s the stuff TV shows are made of.

And I was bored.

Not just because I wasn’t the one intubating, trying in vain to put in IV lines, trying to get a line directly into the bone. Even watching, I was supposed to be invigorated by the same adrenaline rush. I wasn’t.

This ER shift was part of a six-month longitudinal clerkship in Fresno in California’s Central Valley that integrated medicine, family medicine, neurology, and psychiatry rotations into a complex, balanced schedule with no two adjacent days alike. As the clerkship was partially intended to deepen our experiences with primary care, we med students held the equivalent of intern clinic. Same day, same place, same exam rooms with our names outside the doors, but fewer patients. I was their primary provider. The staff scheduled patient appointments with me. This, and being the first to know what was happening with my patients, was exhilarating in a way that trauma bay action would never be.

The teams were still working to stabilize the patient who was flown in. The paramedics were signing off and returning to the roof, ready for another crisis. Soon, he would be moved to intensive care, and the ER would clean, rearrange the familiar detritus, replace used materials, and reset.

I was called into the Green Zone, the least acute part of the ER with the patients who end up waiting the longest and then going home. The ER residents knew that I was actively recruiting referrals for my own clinic, and they were eager, almost giddy to pass one on. “We have a patient for you.” I played at real doctor, this time in a position to ask them for a one-liner. “She came in for a rule-out DVT,” one of them said. A blood clot. “It isn’t. But she needs primary care.”

When I walked into the tiny, curtained, almost-room and found a chair, I was in front of K., a tearful 45-year-old woman, sitting with her sixty-something mother. Blond, slightly disheveled, somewhat distraught, hunched over with her leg still elevated. “The emergency room doctors told me a little about what brought you in today, but I’d like to make sure I understand for myself. Can you tell me more about what’s been going on?”

It wasn’t a DVT, and it hadn’t been the two previous times either. There are patients we might write off as over-worriers, over-users, maybe even hypochondriacs. But her son had died at 19 from a blood clot. They’d never found the cause, what mutation or condition he presumably had, and she herself had no diagnosis. But, once again, her leg hurt, or was swollen, or a little bit red, and she was worried. She’d lost her job and was about to lose her house. She wasn’t sure about paying her cell phone bill. But the worst thing about the house, and trying to find a much smaller and cheaper apartment, was leaving the place where her son had grown up. She’d kept his room untouched over the past five years. She was worried about the DVT, and she was worried that she worried too much, that she compulsively locked, unlocked, and locked every door in the house 19 times before she could leave. There was a host of other things that were probably wrong with her, too, she thought, and she hadn’t had a doctor in years. After assuring her I’d make an appointment and call her back with the time and date – on her mother’s phone if hers was cut off – I stayed. We talked. Those forty-five minutes—and knowing that I’d see her again—were the most exciting part of my night.

K. was late to her first appointment with me. I called before my first patient, no answer. Before my next patient, I reached her. And right before most of the front desk staff were leaving for the day, she arrived. Things hadn’t changed much, yet, but she was looking for apartments and had missed the bus she needed to get to our appointment. As a third-year med student, three patients made for a relatively heavy afternoon for me, and I had time to wait for her. I submitted a referral for psychiatry, which she very much wanted, but in that system, even if she qualified as a severe enough case to get an appointment, it would be months. So we talked. We went over the preventive care and health maintenance guidelines for her age, not just checking off boxes but assuaging some of her other concerns and empowering her with greater understanding of her health. We checked for the most common diseases that cause blood clots. She didn’t have them. And she wasn’t quite as late for her next appointment.

At the end of my six-month longitudinal clerkship, I was hesitant and nervous to say goodbye to the patients I’d come to know well, whose families I had met, whose visits I’d looked forward to, whose missed visits had worried and disappointed me. Six months is longer than almost any other students have to see the same patients during medical school, and, knowing residency was still years away, I was impatient for the years of follow-up I would get on my next primary care panel.

A friend asked me if doctors think about their patients when they’re gone. 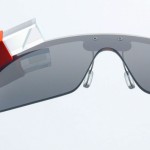 4 reasons why patients should blog