Mrs. B was washing dishes in the kitchen when she heard a thump where her twelve-month-old son was asleep. She ran to him and found her son had fallen from a chair (code: e884.2). He was crying (code: 780.92) and visibly shaken, but did not have overt signs of bleeding, bruising, or trauma. She picked him up and immediately brought him to the emergency room.

There, he was triaged by the nurse (nursing report #1) and vitals were taken (nursing report #2). Shortly after the mother and son pair settled into the pediatric emergency room, he vomited once (code 787.03). The emergency medicine residents came by an hour later to conduct a focused interview, and performed a comprehensive physical exam (code: 89.03).

He took care to ask at least four elements of the history of present illness that included location, quality severity, duration, timing, context, or associated symptoms from the event. He performed a complete review of at least 10 organ systems and surveyed the patient’s social history (code: 99223). It was decided that the boy was to be observed in the ED for the next few hours for signs of brain injury or concussion.

No labs or imaging studies were ordered. The nurses were instructed to check for vital signs every hour (nursing reports #3,4,5,6). During the observation period, the boy was found to be active, interacting well with mom, hungry, without signs of lethargy or focal neurologic deficits. When the attending physician came by to evaluate and assess the patient, he agreed with the resident’s report and signed the discharge note. The mother was given discharge paperwork and instructions for returning to the hospital if she noticed any new, alarming symptoms.

This is what Kelly, an emergency department medical coder, gathers while reading an ED admission note.  She turns to me and explains that the few lines of attending attestation are the only way the patient can get billed. Kelly types in “959.01” into her software because she memorized the diagnosis code for “head injury, unspecified.” She has been doing this for the last 18 years.

As I listened, she explained that a head injury in a twelve-month-old infant is automatically a level three, so long as the resident documents a review of ten systems, past medical history, and a physical exam. These levels indicate the complexity and severity of the patient’s disease/injury.

“It’s all about the documentation,” she says. “If just 9 organ systems instead of 10 are documented,  even a critically ill patient could be down-coded to a level 4.”

During my morning with Kelly, I learned about how patient charts are medically coded and about which services contributed most to the costs of care. How are medical supplies accounted for? How do hospitals bill for the amount of time spent on each visit? As a medical student and prior to my morning with Kelly, these concepts were foreign to me. There is little in the medical education curriculum that prepares students in a way that my visit with Kelly did.

I learned that first of all, coding and billing are two separate procedures, done by two different people, trained individually, working miles apart. The coders see only what is documented on paper while billers see only a column of numbers of which to assign monetary value. I learned that there are two parts to coding: hospital services and physician services.  The bill that results from these codes can contribute to the large bill that the patient or insurance company receives. These charges are the basis for what is negotiated with insurance companies, who use an algorithm to determine actual reimbursement rates for each patient based on risk factors. As you can see, this is a complicated business that involves many different stakeholders.

Everything documented in a physician’s note contributes to determining the level of care of the patient and in turn determines what charges get submitted to the insurance company and to the patient. It is crucial that physicians not only understand the importance of clear documentation but the effect these procedures and tests in the documentation have  on the increased costs passed on to the patient and payer.

After my experience with Kelly learning about medical coding, I am now much more aware of the information conveyed in my progress notes. The medical chart is a physician’s way of communicating the severity of the patient’s health and the amount of effort invested in the patient’s care. It is also a potential channel for documenting exams that were not performed. This process has shown me, in real time, how a plethora of unnecessary tests and imaging could increase a bill exponentially. Most importantly, there is no medical code for good or bad outcomes and there is no reward for physicians who are conscious of medical resources to cut costs of care.

On the contrary, physicians are incentivized to order more tests and provide critical care measures that may be unnecessary.  I believe all medical students and residents should take a class that outlines the lessons I learned with Kelly that morning- that billing, coding, and every decision can contribute directly to the exponentially rising health costs in America.

Jessica Jou is a medical student. 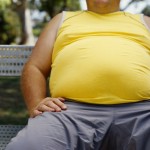 Providing the right amount of healthcare

Every doctor can learn from a medical coder
16 comments