Ask a nurse about Nurses’ Week, and you’ll likely get a snarky answer. The sweets designed to obesify already unhealthy nurses are intended to kill them off so they can bring in a whole new crop, as they’ll be cheaper than the old experienced ones.

We need a national initiative to start giving out coupons during Nurses’ Week for plastic surgery to have smiles permanently stuck on our faces.

Nurses like to be praised for the work we do, it doesn’t happen very often, but when it does, it feels good. It makes up for a lot of the day-to-day garbage that we endure.

I was touched by the patient who said she thought of me when she heard about the bombings at the Boston Marathon, and hoped I was okay. She knew I was running a race, but she didn’t know it was in Cleveland, not Boston. When she came in for her next appointment, she was happy and relieved to see that I was safe.

That’s the kind of thing that nurses appreciate. It affirms the human bond, and validates the connection between our patients and us. We have so much in common, even when our lives and circumstances can be opposite extremes. Nursing is about being human.

I’m an athlete, a writer, an artist, and a nurse. My whole identity is not wrapped up in nursing. It gives me a broader view of the nursing profession; I see it in a different light than someone who considers it “who” they are.

Nothing is wrong with someone who considers their occupation to be their primary identity. I admire people who can focus on something like that when it’s their passion. But no matter how you see yourself, when you’re a nurse, you need to be there, 100 percent.

Nurses are supposed to think critically about patient safety, but is critical thinking is allowed when it pertains to the nurse’s workplace? You speak up; you become a target. Consequently, nurses don’t advocate for themselves, their working conditions, compensation, or expectations of them as human beings.

Corporations worry because they can’t control everything that is said, it’s hard to avoid people saying things that don’t match a carefully orchestrated and expensive PR agenda. When corporations are people, they get their feelings hurt. It doesn’t matter if it’s in a small community or a big city, in the age of the “Internets”, the truth gets out faster than a BP oil spill.

So, in honor of Nurses’ Week, I propose nurses everywhere need to break out of the habit of complaining amongst themselves, and acting powerless. Stop bashing each other. If it’s too hard to change from the inside, then perhaps it needs to be changed from the outside.

Nurses are among the most stressed out workers.

Why work a job that you can’t do without antidepressants, where you gain ten or twenty pounds a year, that wears you out so much that you spend a day or two after your work week recovering before you have the energy to function?

No bean counter or consulting firm anywhere can quantify the value of what we do. We need to find a new way of valuing nurses’ work, quantified differently, and not viewed as an expense, but an investment in our society.

To those who want me to be a meek little Stepford nurse, I care passionately about this! If I get a target on my back, so be it. Violence is a resort of the weak.

Alene Nitzky is a registered nurse who blogs at Journey to Badwater. 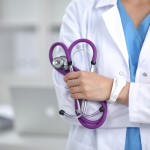