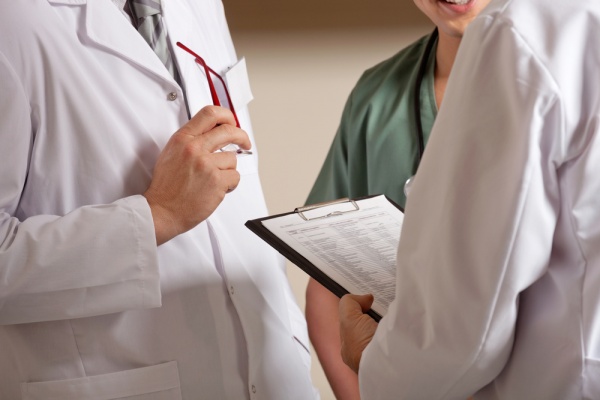 I’ve been a family medicine residency faculty member for nearly 5 years, and I’ve come to observe the yearly cycle of a residency over that time.  Reminding myself of that cycle helps me weather and celebrate the peculiarities of each time of year.

Every resident’s role changes on July 1.  For the first-years, it’s their first day of being called “doctor.”  Second- and third-year residents have increasing responsibility for supervision, and their outpatient responsibilities grow.  Even though many in the lay public will joke that July is “National Don’t Go to the Hospital Month,” the fact is that residents are never more tightly scrutinized than these early months.  We faculty watch everything, every decision, every order, that the residents are doing.  These are the days of intern presentations that take twenty minutes and nervous second-year seniors who page for confirmation that their plan is on the right track.

We welcome these calls and the long presentations, though, because this is the time of year when residents welcome our teaching the most.  Our pearls and presentations keep residents in awe, and they can’t get enough feedback, both encouraging and corrective.

Fourth-year medical students start interviewing at residency programs, but in family medicine, sometimes it feels like we’re the ones being interviewed.  Although interest in family medicine has been rising, we often still approach recruitment with nervousness. Not filling in the National Residency Match Program will wreak three years of havoc; a common saying goes that “two bad matches in a row kill a program.”  The nation’s family medicine residencies are all vying for those best and brightest, and they all roll out the snazziest red carpet they can afford to attract them.  Good residents = good future family doctors in the region, since most family docs stay within an hour or two of their program after graduation.

So, for three months, every day will bring another applicant to our program.  We take them out to breakfast and lunch.  We rearrange our schedules to meet them during the day.  The residents take them out to dinner and e-mail them afterwards.  Everybody, faculty and resident alike, is in best behavior “company” mode.  Meeting a great applicant and hearing that there might be mutual interest allows for imaginations of the happiest kind about the future, and that’s what sustains you during the times when all the wining and dining gets a bit tiring.  One thing became crystal clear to me during this past interviewing season, though: family medicine’s future is looking bright.

True, most programs will still have a trickle of applicants into January, but most will be wrapping up.  It’s dark when you drive to work and dark when you drive home.  It’s impossible, especially, for the interns to believe that they still have just as much of their intern year left as they have finished.  The light in the proverbial tunnel is too dim too see. Everyone is tired, sad, and dysthymic.  Some resident in your program will invariably threaten to quit medicine and go work in a coffee shop/department store/ice cream parlor (most of the time, they won’t, even if they really did mean it when they said it).

Teaching during this time is often a struggle.  The residents just want to slog through their work and get a break.  Our emphasis often morphs into support and validation mode, reminding our learners just how far they’ve come in the last six months – even if they don’t see it yet.

The match list is out!  The interns are cheered by the rows of faces on posterboard in your office, the faces of the applicants who will be replacing them in three months as they move up the ladder to become second-years.  The days are longer, the sun is back, and the residents’ confidence starts to catch up with their skills.  The third years have signed contracts (or matched into fellowships) and are pleased with their secured futures.

None of the residents are calling you as much anymore; though you miss getting to help them, you’re also proud of their growing independence.  They ask harder questions now when they do ask, not just “what” and “how” questions but the “why” questions that will make them such great docs.  Graduation for the outgoing third-years and orientation for the incoming first-years are planned simultaneously.

And, just like that, July 1, “New Year’s Day” for residencies, dawns again.

Jennifer Middleton is a family physician who blogs at The Singing Pen of Doctor Jen.

How I weather the yearly residency cycle
2 comments