I had been laid off a few months when my ulcerative colitis kicked in, and my doctor and I struggled to get it under control.  After trying a variety of medicines, my health continued to deteriorate and I agreed to take Remicade.

Remicade is a potent drug, administered through an IV infusion at the oncology center that comes with a whole host of potential side effects.  The dosage requires an initial cycle of 4 infusions spaced several weeks apart, then a maintenance dosage every 8 weeks thereafter.  The decision was not taken lightly.

I was very worried about both the side effects and the cost of the drug, although I was so sick at the time, that I was more worried about whether the drug would bring me quick relief.  I did make a feeble attempt to find out if Remicade was covered under my husband’s and my insurance plan.  After several phone calls where I was transferred around, and several hours of searching through the Blue Cross documentation on line and in its services catalog, I gave up.  My logic was that if I couldn’t find anything explicitly stating Remicade was not covered, then it must be a standard service requiring just another copay. I had never had to pay anything more than a copayment for my medical care so far, and I was hopeful that the charges would again be minimal.

I then spent days searching the internet to learn more about the medicine, potential reactions I could experience, and for patient forums to better understand what I might be facing.  Many of the people mentioned the high cost of the drug.  Even though I tried to ignore these comments, deep down I was very nervous that we would end up with a large medical bill just when we were reassessing our finances.

I had already had my first three infusions before I got my first explanation of benefits – and by then I was well on the road to recovery and I was not about to give up my “wonder drug.”  I was caught completely off guard, however, when I saw that the cost of the medicine alone was $12,000. The insurance company negotiated the cost down by almost half, and when all was said and done, my out-of-pocket was nearly $1,500.  Already, I was fast approaching $5,000 in medical expenses, and I still had several more treatments scheduled for the rest of the year.

My husband and I pored through our insurance paperwork and discovered that our yearly out-of-pocket caps at $5,000, after which time all other costs are covered by Blue Cross for the remainder of the year.  I started to feel better knowing that we would not have to pay more than $5,000.  But I was still distressed to know that this medicine was so expensive.

I immediately contacted the hospital and requested an itemized bill to ensure that all charges were correct.  The items charged seemed valid to me so there wasn’t anything I could dispute.

I vaguely remembered reading something in one of the patient forums about a financial assistance program that would help with the cost of the medicine.  I went back to surfing the internet and I found the pharmaceutical company’s Remistart program through which a portion of a patient’s out-of-pocket expenses could be reimbursed.

I was accepted into the program, and I was ecstatic to learn that I would get a rebate for nearly half of my total out-of-pocket charges.  That was nearly four years ago, and today I am still receiving Remicade treatments, and I am still covered through the Remistart program.

Two years ago my dosage for the medicine was doubled and, not surprisingly, the cost of the medicine doubled as well to nearly $25,000 per treatment.   I asked the Remistart representative if they had an idea of the cost of treatment at the different hospitals. The person reported that the costs are negotiated between the hospitals and the insurance companies, and the company did not have that information.

I have since learned that financial assistance is available through other companies as well.  This information is something that physicians should let their patients know about.  The programs can mean the difference between receiving the drug and not.

I am grateful for this program, but I still worry about the high cost of the medicine. And each year I cross my fingers that the Remistart program continues, and again accepts me into the program.

Nancy Meredith is a patient.

This post originally appeared on the Costs of Care Blog. Costs of Care is a 501c3 nonprofit that is transforming American healthcare delivery by empowering patients and their caregivers to deflate medical bills. Follow us on Twitter at @costsofcare.

Why banning curbside consults may not be the answer 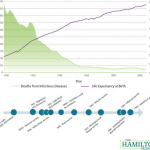 When patients rely on financial assistance programs for drugs
20 comments