In addition to the possible legal pitfalls of advertising on Groupon-type websites, there are also ethical and practice management concerns to be weighed by healthcare practitioners before agreeing to such arrangements. Even with the recent announcement that companies such as Groupon and LivingSocial may be offering contracts to healthcare providers that take into consideration the prohibition against fee splitting, practitioners should nonetheless proceed with caution.

The concerns about social coupons in the healthcare context extend further than what is strictly legal as doctors also face the more basic question of whether such advertising practices are appropriate. It is not surprising that we find an increasing number of professional organizations speaking out about the ethical implications of providing social discounts to consumers. Several past presidents of the British Association of Aesthetic Plastic Surgeons, for example, in 2011 spoke out strongly against the practice of advertising discounts for plastic surgeries online.

Similarly, in the United States, we are seeing professional societies discussing the legality and ethical implications of such arrangements. The American Dental Association (ADA) last year, for example, issued an advisory opinion prohibiting the use of social coupons if such an arrangement would constitute fee splitting.

Richard Rosato, a New Hampshire oral and maxillofacial surgeon and a member of the ADA Council on Ethics, Bylaws and Judicial Affairs, discussed some of the ethical implications with groupon-type advertising arrangements in the September 2012 issue of JADA.

Dr. Rosato, for example, noted that social coupons raise the question of whether the person purchasing the coupon needs a particular service at all. In order for a practitioner to determine what medical treatment a patient may need, and to comply with state laws, the doctor may need to perform services that are not covered by the coupon, like an examination and radiography. If patients were not aware of the additional services and costs, however, explained Dr. Rosato, they may feel that they were “part of a bait-and-switch scheme.”

Dr. Rosato also raised questions about the impact of social coupon advertisement on the health profession overall. Ordinarily, people make decisions about healthcare providers based on many factors, including trust, comfort level and financial considerations. Looking for the best deal for healthcare services, however, may interfere with the patients’ relationships with their existing healthcare providers as it encourages them to abandon places where they typically get treatment and seek those with a better deal. A better deal may not always be better for the patient when continuity of care is disrupted.

Other important issues with social coupons involve the possibility of jeopardizing relationships with third-party payors. There is a potential for violating providers’ contracts with insurance companies if he or she unintentionally bills for the entire service fee rather than the reduced coupon fee. Additionally, such billing may trigger state insurance fraud statutes and may also constitute misrepresentation of fees charged under the ADA ethics rules.

Good deals may be a crowd pleaser but when it comes to healthcare services, do deep discounts signify inferior quality to some patients? Should the patient be unsatisfied with the result, will it lead to more complaints to state medical and dental boards? It remains to be seen whether there is such perception among some patients, even if such perception has no basis in fact.

From a practice management perspective, Groupons may drive patients through the door but is the provider able to examine and treat the short but heavy influx of patients efficiently but thoroughly? Will the patients come back for other services or are they coupon-only patients?

Deniza Gertsberg is an attorney who represents healthcare providers in compliance-related matters in New York and New Jersey. 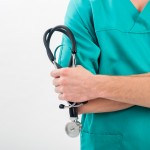