The American Heart Association says, “It is estimated that if Americans cut their average sodium intake by more than half – to an average of 1,500 milligrams a day – there would be a nearly 26 percent decrease in high blood pressure and a savings of more than $26 billion in healthcare costs over just a year.”

The American Heart Association recommends foods with little or no salt to reduce the risk of cardiovascular diseases. Aim to eat less than 1,500 mg of sodium per day.

But the New York Times reported that the Institute of Medicine concludes that there is no good reason to reduce salt levels to those suggested by the Heart Association.   In a report commissioned by the CDC, the Institute concluded that, based on review of randomized control trials, there is no obvious benefit to lowering sodium below 2300 mg/day.  The report also suggested that there might be a harmful effect of going too easy on the salt for patients with congestive heart failure and poor heart muscle contraction.

The latest kerfuffle about sodium is just one example of the near-daily contradictory messages we get about diet.  Making the confusion much worse is the fact that the media sensationalizes these studies and vastly over-emphasizes their importance.  In a country which skims headlines on the internet and may not get to the full story, the way medical news is trumpeted borders on the shameful.  An article summarizes the Institute’s findings this way:  “Pass the Salt: Study Debunks Current Sodium Recommendations.”

Yet the IOM study still says that eating more than 2300 mg of salt daily is a danger.  “Pass the salt” is a complete misrepresentation of the conclusions.  A 2300 gram sodium diet is still less than 1 teaspoon per day. (2400 mg sodium per tsp of salt).  How many of you truly eat less than 1 teaspoon of salt in an entire day?  Pass the salt? This exhortation is diametrically opposed to the study conclusions.

So truly, let’s look at the big to-do about salt.  Do we really care whether the recommendations show that we eat 1/2 tsp a day or 1 tsp a day?  To me, this discussion borders on the insane.  If we eat out at all we have no control over the salt that is added to our food, so on what planet are we able to figure out whether we are getting a half teaspoon or a whole one?  Why not just tell people to avoid salty foods in restaurants and not to use the salt shaker when cooking or eating at home?

It’s been awhile since I wrote about nutritionism, but now is a good time to re-activate the discussion.  The term nutritionism has been mostly promoted by author Michael Pollan and refers to our modern habit of dissecting foods into their multitudinous elements.   You can enjoy a lovely dinner or you can worry about whether it has enough vitamin D, B12, folic acid, omega 3 fatty acids, essential amino acids, calcium, magnesium, zinc, phytonutrients etc.

I have counseled thousands of people about obesity and diet over the years and I find our focus on nutritionism to be mostly useless.  While it’s fine for science to endlessly dissect foods into their component parts, promoting this information as a way to construct healthy diet is just silly.  It’s like saying that you need to know all about the chemistry of polymers and fibers in order to buy a couch.

Nutritionism is bad because:

1. It’s impossible to keep track of all the rules, and virtually no one does.

3. Eating is about the gestalt of the experience; the totality.  In the end, very few people think about the elements involved.

4. It distracts us from ways to eat that would be much more useful, like following whole, unprocessed diets and primal-style plans.

6. We have no control over many of these elements anyway.

So how to cope with a nutrtionistic world where the terrain keeps shifting?

Pick your basic parameters for health and make a commitment to control them.  The most important ones are healthy weight (a weight that is reasonable for you and which minimizes health concerns and stress on your joints), controlled blood pressure, controlled blood sugar and reasonable cholesterol and triglyceride numbers.  All of these should follow as a result of weight control.

Next, pick a kind of diet that you believe in, that you can follow with commitment and which keeps all the above in check.  For some, this will be a diet that consists of 90% whole, unprocessed foods.  For those with weight issues, I believe this diet should also be primal, meaning having a 90 plus percent avoidance of grains, flour based foods, sugar and starchy foods.   Your choice of diet can be individual and should be individual.  If it is doing what it needs to do and you have excellent health markers, good energy, healthy hair and skin and a general sense of well-being you can stop worrying about the zillions of nutritional elements.

There are a few basic nutritional components that I would still consider (although eating whole or primal will likely take care of these automatically).

2. Type of fats: Eating meat and poultry that is raised in a more original way (not stuffed with grains for example) will give you better fats to eat.

4. Grains:  I personally advocate avoidance for those who have weight problems or auto-immune issues, but figure this out based on your tolerance and weight.  Consider the fact that many people appear to do better with bowel issues, acne, fibromyalgia-like syndromes and other non-specific symptoms when they go grain-free.

In short, to avoid going crazy from contradictory food advice, view food from the macro perspective.  Look at general diet parameters and what they offer rather than at the teeny tiny components that you can’t measure or control anyway.  Monitor the success of your diet by looking at your basic health markers and by that best-of-all parameter: how you feel.   Remember that finding the best diet for you is an art, not a science.  Keep tweaking it and changing things up until you’ve got it. 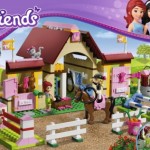 Finding the best diet for you is an art, not a science
4 comments