Infectious disease is the most hyperbolic of all medical fields, at least when the media gets ahold of such.

Right now we are to fear a new avian influenza virus. Previously there was another avian influenza strain whose outbreak threatened the world and of course SARS and, more distantly, the ebola virus and the threat of bioterrorism. And on the periphery, as these acute threats come and go, is the persistent threat of super bugs; bacteria resistant to multiple antibiotics. Sometimes all antibiotics.

I remember my pharmacology professor in medical school claiming that within our practice lives we would reach the useful end of antibiotics. A claim, literally, that physicians would no longer have any use for antibiotics by the time I reached the end of my career.

Scary stuff but evidence that such outrageousness sells pharmacology in a classroom as much as it does magazines on a news stand. Time magazine a post called “The End of Antibiotics?” referencing a Guardian article along the same lines. This followed a similar 2009 scare article in Time.

And recently in the New York Times:

Scientists all over the globe are in a race with evolution, scrambling to understand the underlying mechanisms of antibiotic resistance and to discover new ways to fight bacteria. We must diversify our methods for treating bacterial infections and simultaneously reduce the amount of antibiotics we use, says Brad Spellberg, an infectious-disease specialist at U.C.L.A. This has led to a renewed interest in treatments from a world before penicillin. 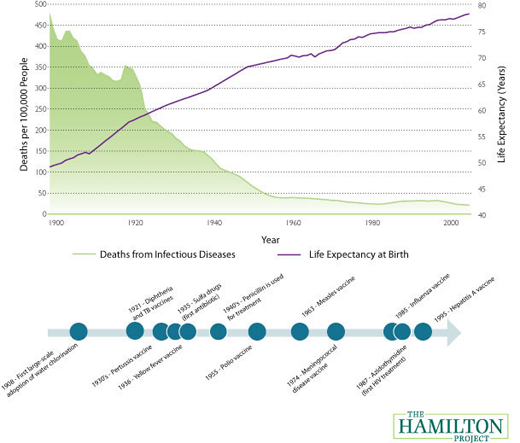 In the United Kingdom tabloids took to tracking down individual MRSA victims and sensationalizing their stories, prompting this response from the BMJ:

Raising public awareness can be helpful, but the creation of a climate of fear among patients entering hospital is more likely to increase newspaper sales than to provide a solution.

And while that is part of the issue of the hysteria around antibiotic resistant infections, obviously media is not the sole driver of such. The director of the World Health Organization said antibiotic resistance meant “an end to modern medicine as we know it.” The Infectious Disease Society of America has this publication called, “Bad Bugs, No Drugs.” Sensational quotes.

In 2007 multiantibiotic resistant bacteria were attributed as the cause of 25,000 United Kingdom deaths a year. In the United States the CDC estimates that 90,000 people die from hospital acquired infections every year, a significant portion of those likely from multiantibiotic resistant bacteria. Terrible numbers, but even if they’re on the rise, they continue to pale in comparison to other health care risks and this more than 5 decades after the first great superbug came into the mainstream consciousness.

Infection continues to register weakly as a cause of mortality in the United States compared to heart disease or cancer or chronic respiratory disease or trauma or suicide even. Even when you add all the infections up; the majority of them hardly attributable to multiantibiotic resistant bacteria.

I know we spend much time focusing on the risk factors for cardiac disease and lung disease and the public health issues of such. And the media aids such, but certainly not on the order of magnitude more you might imagine such would demand considering the true risks these non-communicable diseases pose for you and me. And not with the hysteria with which media covers infectious diseases.

This is a serious problem but one that despite its growth will long pale in comparison to other public health issues. And it is not an insurmountable issue. Old therapies, new therapies, prevention are all reasonable strategies for checking the threat of multiantibiotic resistant bacteria. Any public disaster that can be anticipated with any permeance of common knowledge and with any foresight can be stopped.

To be fair, media coverage serves the purpose of informing an important step in fixing any problem but, perhaps, with some measure to the coverage.

Colin Son is a neurosurgical resident who blogs at Residency Notes.

When patients rely on financial assistance programs for drugs

Finding a doctor online and researching your physician on the Internet 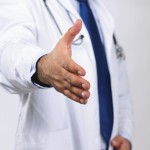