It was bound to happen.

By “it,” I mean that the small group of specialty hospitals (usually orthopedic or cardiology-focused) across that country that are owned by doctors were going to have their “See! We Told ‘ya so!” moment.

Doctor-owned hospitals. How many are there? Two hundred and thirty-eight of them in the whole country (out of more than five thousand)–somewhere between four and five percent of the total in the U.S. (numbers courtesy TA Henry from this excellent piece).

What are the issues?

In the most recent Medicare data (December 2012 report on “value-based purchasing“), doctor-owned hospitals did well in terms of achieving quality milestones.

Really well. Physician-owned hospitals took nine out of the top ten spots in the country. And in spite of their low relative number, forty-eight out of the top one hundred.

What’s the secret sauce? Here’s a little tidbit on the #1 ranked hospital from another excellent piece on this issue:

The top one is Treasure Valley Hospital in Boise, Idaho, a 10-bed hospital that boasts a low patient-to-nurse ratio and extra attention, right down to thank-you notes sent to each discharged patient.

A 10-bed hospital? Thank you notes for each discharged patient? Sign me up to go there next time I need hospital services.

Who cares? Well, we all should. Why?

It boils down to incentives.

When doctors own the hospitals, they stand to directly share in profits. If you’re a doctor-owner, and the hospital you both run and own is functioning at a high level, you think, “This is what America is all about. Free enterprise. Why shouldn’t I make more money if my hospital runs well?”

As a taxpayer, do I want government incentives going to hospitals that are privately owned and known for cherry-picking insured patients?

Moreover, what does it say about public hospitals, or academic centers, that often see the sickest, poorest, most vulnerable patients? Yes, their quality is measurably lower, according to this data. But now, in spite of staying true to their core missions (serving the public) they’re being further penalized.

Is this just another case of the rich simply getting richer?

Maybe Obamacare’s got it wrong. Maybe we should build upon the model of doctor-ownership and turn over public hospitals to their workers. All of them. Let the nurses buy in. And the food handlers. And the “environmental services” folks (i.e. custodial crews). Let’s really let the workers own the means of production. Then we can see where incentives get us.

Why politicians should have backgrounds in clinical psychology 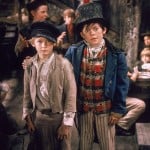 Doctor owned hospitals: Are the rich getting richer?
7 comments