An excerpt from How a Blog Held Off the Most Powerful Union in America.

The long-term decline in private sector unions in America has been well documented. From almost 25 percent of the workforce in 1973, the rate of unionization has fallen to under 8 percent in 2005. Some unions, though, have been able to buck this trend, most notably the 2.1 million-member national Service Employees International Union (SEIU).

The SEIU has shown itself to be highly effective at wielding something called a “corporate campaign,” which changed the dynamic of the organizing process. The corporate campaign attacks the reputation of the company being organized in an aim to weaken its position in the marketplace and disturb its relationship with key constituencies in the community. Faced with financial and reputation risk pressure, the corporation loses its resolve and concedes to significant changes to the normal organizing process that give the union the upper hand and a much higher probability of success.

The SEIU’s former president, Andrew Stern, was reported to say, “We use the power of persuasion first. If it doesn’t work, we try the persuasion of power.” The targets of these corporate campaigns frequently find themselves on the defensive against public response and are often flummoxed by the intensity and thoroughness of the SEIU’s efforts.

There is, however, a new arrow in the quiver for firms that are being attacked in a corporate campaign. Social media offers an effective remedy, if used early, thought-fully, and decisively. This book tells the tale of one such counter-campaign, a story of how one blog held off the most powerful union in America.

The SEIU tries to use a corporate campaign to persuade the company to sign a “neutrality agreement,” under which all managers are forbidden to say anything negative about unionization in general and about the specific union in particular. Indeed, supervisors are precluded even from responding to workers’ questions about the union drive. Instead, managers are supplied with printed cards, which they hand to the workers, saying that the worker should get the answers from a union representative.

As should be obvious, the likelihood of a union victory in this situation is dramatically enhanced. With no counter-arguments presented to workers, any doubts they might have about the efficacy of collective bargaining are virtually eliminated.
While a neutrality agreement is not specifically prohibited under federal law, its use requires assent by the employer. So why would management sign a neutrality agreement?

The object of the corporate campaign is to gradually make life so uncomfortable for the company among its key constituencies that it cries, “Uncle!” The company gives up its rights under the law, knowing full well that the union is likely to win the organizing campaign. It views a loss as preferable to continued “death by a thousand cuts” on the regulatory, financial, and public relations fronts.

Whatever a hospital’s financial resources to fight this kind of public campaign, they pale in comparison to the SEIU’s. The union has millions of dollars from members’ dues and hundreds of people at its disposal as it carries out a campaign against a single hospital. Also, the management is busy in the multifaceted task of running a hospital and caring for patients. In contrast, the SEIU only has one job and is able to focus on it with all its energy. As a former under-secretary of labor said to me, “You know, this is the only thing these folks have to do.”

The union also has easy access to a vast public forum. The SEIU’s stories – portrayed as good versus evil, big guy versus little guy, good care versus bad care – are beguiling fodder for the media. The hospital is thrown back on its heels each time such a story is released. In some cases, rebuttal is legally impossible, such as where the union’s criticisms relate to matters of patient care or treatment of personnel. There is nothing like the impression of stonewalling to further whet the interest of the media in carrying the union’s message through subsequent stories.

There is an important irony here. The fact that such stories are part of a corporate campaign is usually not considered newsworthy. Sure, the newspaper story might mention that the hospital and the union are at odds, but it will seldom mention that the publication of the adverse press release by the union is part of a determined public campaign to put pressure on management to erode the employees’ rights during the organizing process.

I considered this likely dynamic in 2006, a few months after the SEIU announced that it was coming to Boston to organize the academic medical centers and named our hospital as a top candidate. Our senior leadership group believed in democracy and the right of workers to determine their own future, and we felt that as leaders, we had to act to protect those rights.

Yet when we looked at the press coverage of other corporate campaign battles, we understood that the hospitals had had a very difficult time presenting themselves in a good light.

I realized, therefore, that I needed a medium that could tell the story of the corporate campaign in a compelling manner. I needed people to understand that the campaign was simply a technique for undermining the democratic principles behind a union certification election. I needed a medium that would undercut the effectiveness of the “thousand cuts” that would be coming our way from the SEIU. My approach, though, would have to be based on an extremely limited budget. It would have to be nimble and quickly responsive. I needed a medium, too, that would reach and persuade a variety of important constituencies–the workers in our hospital, the trustees, public officials, and the press–that the traditional form of union elections was consistent with the democratic principles of all elections.

The answer was a blog. In August of 2006, I had started to write a blog entitled “Running a Hospital,” for the purpose of presenting stories and discussions about a range of issues relating to health care and medicine. Because it was unusual for a hospital CEO to have a personal blog, it was widely read in the Boston area, both by workers in the hospital and by outside observers.

The blog served as an important enhancement to traditional media methods. Unlike like op-eds, which are subject to approval and editing by newspaper editors, I could write and publish my posts quickly, using the phrasing of my choice. Unlike newspaper stories, there was no need to convince a reporter or editor of the newsworthiness of a given story idea or compete with the other news of the day. If I felt a story was ripe, it could be posted on my blog for the world to see in a matter of minutes.

The blog proved to be a potent weapon in counteracting the union’s corporate campaign. During the entire campaign period from 2006 to 2011, there was no pressure on senior management from the BIDMC governing boards to negotiate a neutrality agreement. Press coverage of much of the union’s campaign was neutralized. The union failed to gain the support of key external constituencies in both religious groups and the community at large. There was no sustained political support from key elected officials for such a negotiation. There was no groundswell of support from the hospital’s residents, attending physicians, or workers to consider such an agreement.

While it was not possible to calculate the total number of dollars the union spent on its corporate campaign, we estimated it to be many hundreds of thousands of dollars. The expenses were all to no purpose. The SEIU had failed to win a neutrality agreement. The union had never even bothered to try to collect authorization cards for an election. Its contact with actual hospital workers, those who might be organized, was virtually a nullity. The lack of effectiveness in its expenditure of hundreds of thousands of dollars and hundreds of person-years of staff effort offers a lesson: In the new world of social media, the power of a well-funded corporate campaign can be diminished by a new generation of low-budget and highly flexible communication tools, available to any institution.

Paul Levy is the former president and CEO of Beth Israel Deaconess Medical Center in Boston and blogs at Not Running a Hospital. He is the author of Goal Play!: Leadership Lessons from the Soccer Field and How a Blog Held Off the Most Powerful Union in America.

Did Mike Huckabee foreshadow his journey back to obesity?

Skin cancer does not discriminate 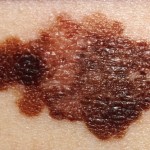