The FDA issued a warning about the antibiotic azithromycin (Zithromax). The media stories have some patients terrified and some of them are calling me convinced that azithromycin is poison, a reliable agent for suicide.

What’s the hubbub about?

In May of last year the New England Journal of Medicine published a study that tried to confirm this. The study compared rates of sudden death while taking a course of azithromycin to the risk while taking amoxicillin, ciprofloxacin, levofloxacin, or no antibiotic. The study was not randomized. It simply matched hundreds of thousands of antibiotic prescriptions to death certificates.

The study found a tiny increased risk in patients taking azithromycin. How tiny? Compared to taking amoxicillin, taking azithromycin contributed 47 additional cardiovascular deaths per 1 million antibiotic courses. That’s one extra death per 21,276 courses. If you took 5-day azithromycin courses continuously, it would take 291 years to take that many courses of antibiotics. That’s a much slower way to die than, say, hemlock.

So doctors should try to avoid all macrolides in high risk patients. But patients should probably forget the whole thing and avoid azithromycin for a different reason.

The reason you should avoid azithromycin is the same as the reason you should avoid all antibiotics. The risk of Clostridium difficile infection and the risk of antibiotic resistance is much greater than the miniscule risk of a fatal rhythm abnormality. That’s what should be scaring you about antibiotics. This is especially true of azithromycin because its convenient 5-day course, the Z-Pak, has become a household name and patients ask for it even when antibiotics are very unlikely to help. It is very likely that the last Z-Pak you took was for a cold, or for acute bronchitis, or for an early sinus infection, all of which resolve without antibiotics.

It would be a sad irony if we needed the irrational fear of extremely rare side effects to counter the irrational exuberance that patients have for unnecessary antibiotics. I hope instead that educated patients armed with reliable information will make good decisions. 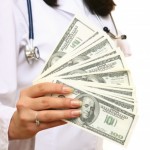 There is no such thing as minor anesthesia