When I was young and foolish and just starting out in my career, I found it very hard to take “no” for an answer.  If a patient needed radiation therapy, and he or she didn’t want to have it, I did my very best to talk that patient into it.   I have always been a very persuasive person—if I didn’t get the go ahead on the first formal consultation, there would be another, and even another, all gratis, with a few phone calls thrown in between.

Every question that could be asked was answered, no stone was left unturned. My waking dream was that if I was good enough at explaining, finally the lights would go on and the patient would understand that really, truly, the recommended treatment would be at the very least beneficial and in the extreme life-saving.   The indications for radiation are usually fairly clear—sometimes we treat for a positive margin by pathology after surgical removal of a tumor; sometimes the tumor is curable with radiation alone, or the radiation option is less risky for a patient than a surgical option; sometimes radiation therapy is simply the best option for palliation of symptoms.  There have been very few, if any times in my professional life when I have seen a patient with cancer, and I say, “By the way, radiation therapy is optional—take it or leave it.”

Gradually, however, over the course of a long career I have been rethinking my strategy of talking patients into treatment.  Why?  Because it has become clear to me that the patients who I work the hardest to convince to get their therapy are the unhappiest patients I have.  These are the patients that, when having their breast treated, ask to see me on the second day and point to a rash on their leg, and say to me accusingly, “You told me THIS wouldn’t happen until the third week!”  When I explain that the rash on their calf has nothing whatsoever to do with the radiation aimed at their breast, they roll their eyes in disbelief.

I have come to realize that when reluctant participants are undergoing radiation therapy, everything that happens to them during the course of treatment (and for the rest of their lives in many cases) is the result of the evil X-rays.  Of course there are genuine complications of radiation, but losing one’s sex drive after having a skin cancer on the scalp treated, or developing a hemorrhoid after treatment of a lung cancer, or the breakup of a marriage after the life threatening illness of a spouse are not on the list.    It has to be the same body part that was treated—that’s how radiation works.  It’s all local.

Last week I saw a new patient, a genuinely lovely and intelligent woman of 70 years, who was diagnosed with breast cancer five years ago.  She had had a lumpectomy and a sentinel node dissection, and fortunately her cancer was found at Stage I.  But when it came to completing her breast cancer treatment, which included radiation to the breast followed by anti-estrogen hormonal therapy, she refused, despite the fact that her surgeon and medical oncologist argued strongly that she was depriving herself of standard-of-care management.  She stated back then, and again last week, “I will not do anything which will affect my quality of life.”  When she recurred, the tumor came back in the axillary lymph nodes, and the surgeon had a difficult time removing the nodes due to her previous axillary surgery, and microscopic disease was certainly left behind.

To have taken more tissue would have been to risk nerve damage and certain lymphedema.  So she was sent to me for radiation.  And, just like five years ago, despite the fact that we covered all side effects, risks and benefits during our 90 minute consultation, and she agreed to treatment, she now is once again questioning what the radiation may do to her quality of life.  Yesterday evening I called her on the phone at her request, to attempt to allay some of her fears.  I felt myself slipping into my old habits of persuasion, and I stopped.  I said to my patient, “You can have five weeks of fairly simple treatment now, or you can wait until you have another recurrence, and require additional surgery and a higher dose of radiation.  Which quality of life is worse?  Which will give you greater piece of mind?  You decide.  Don’t let me talk you into it.”

Really, don’t let me talk you into it. 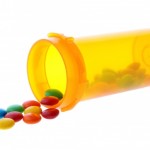 Radiation therapy: Don’t let me talk you into it
11 comments