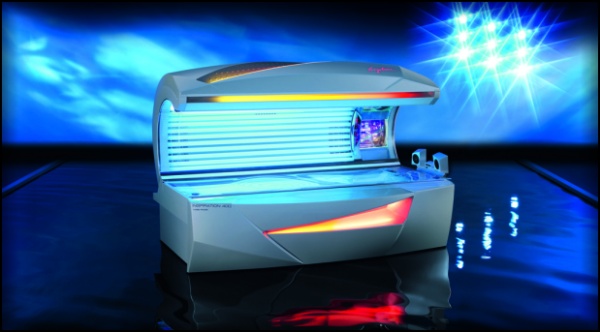 When my daughter was born, I hired a nanny. Her name was Kelly. She was great, a savior. She collaborated with me in running the household, enforcing the rules of the home. She even had a set of her own rules. I learned from her and her rules because she had more experience tending children than me. She wasn’t a dictator, she was wise. Experience and wisdom are the makings of a great nanny.

Somewhere along the line “nanny” has become a bad word.  A “nanny state” refers to government that is “authoritarian, interfering, and overprotective.” Recently, some politicians and other public health advocates have been deemed “nannies” when they have put forth health policies. The problem with the “nanny state” mentality is that in the past many health policies have been very effective, so this new kneejerk reaction against health policy may prevent us from passing legislation that stands to significantly impact public health.

Recently, Paul LePage, Governor of Maine, vetoed a bill passed in both the Maine House and Senate that would ban minors from tanning salons. Such a ban is in place in 3 states, the city of Chicago, and 11 countries around the world. A ban is pretty extreme, why are governments doing this? The United States Department of Health and Human Services, United States Food and Drug Administration, World Health Organization, American Medical Association, American Academy Pediatrics, and American Academy of Dermatology have all agreed the scientific data on the association between indoor tanning and melanoma is inarguable. Use of indoor tanning devices before age 35 is associated with a 75% increased risk for melanoma. Artificial sources of ultraviolet radiation actually join tobacco and asbestos in the most dangerous category of human carcinogens per the International Agency for Research on Cancer. Making matters even more concerning, recent studies show that 33-41% of tanning booth users exhibit a pattern of tanning that is identical to what we see in people with chemical dependencies, i.e., addiction.

LePage said banning minors strips parents of their rights to protect their children. As he put it, the bill, “tells parents that Augusta knows better than they do when it comes to their children.” How many parents do you think are aware of the research on melanoma and indoor tanning? To his point about parental oversight, studies show that parental consent laws do not reduce indoor tanning, and worse, that parents are often the ones inspiring their children to tan, bringing them along on their own tanning salon visits. The only right we strip from a parent with a ban is of unknowingly harming their child (or knowingly in some cases). Is the Governor aware of the data? Is he aware that he has single-handedly overridden the recommendations of several national and international health organizations who have scrutinized the data?

Perhaps he is against all health policy based on a “nanny state” mentality. This is hard to imagine because myriad health policies are in place and get plenty of bipartisan support. Plus, consider the implications of completely eliminating health policy. Imagine what companies would put in baby food to make it tastier and cheaper. Imagine what would end up in our water. Imagine cigarette vending machines in elementary schools. Imagine universities putting tanning beds in dormitories as a way to lure incoming freshmen.  Oh wait, that last one is actually happening.

As a parent, I wish my lawmakers were like Kelly, the nanny: experienced, wise, and interested in educating parents and protecting children. We can’t possibly be aware of all the ways our children might be in danger. We can’t listen to what companies tell us because their business is bottom lines not public health. We can’t become members of every nonprofit organization that monitors health and safety. This is why we have governmental organizations charged with overseeing public health. I wish law makers’ decisions were based on data, not politics. Our role as parents is to demand that policymakers make decisions on sound data, not whims, favors or votes.

As a scientist, I am deeply concerned that the knowledge gained from science is too often ignored by policymakers. Scientists need to get outside of the ivory tower to educate policymakers and the public about what we do, the data, and why it is important.  We are failing at this mission. Now that I’m both a parent and a scientist, I truly realize this.

Whether you are for or against city/state/federal government bans of minors from indoor tanning, I implore you to ban your own children from indoor tanning. I have nothing to gain or lose if you do or don’t, and I do not get paid to disseminate health information to the public via mass media. It is simply the case that I have seen the data and it is terrifying. You should be aware of the risks because the Governor is disregarding the data that your tax dollars paid scientists like me to gather in an effort to improve public health.

Sherry Pagoto is associate professor of medicine, University of Massachusetts Medical School. She blogs at Shrink and can be reached on Twitter @DrSherryPagoto.

End of life discussions require all hands on deck