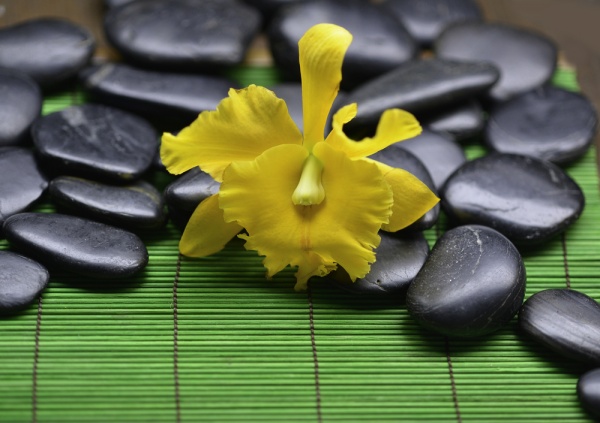 Research shows numerous benefits to meditation: it reduces stress, increases positive emotion, and even treats acute pain. Commonly, meditation involves focusing on one’s breathing as a way to anchor one’s attention in the present moment. Practitioners are also frequently taught to separate their experiences (breathing, pain, thoughts) from their judgments about them. Thus, with respect, for example, to anxiety, one learns to move from the judgment that “anxiety is bad” to the observation that “I’m feeling anxiety.” In this way, the unpleasantness of experience often reduces.

One of the goals of meditation is to quiet the incessant chatter of the mind, which one accomplishes by practicing becoming super-aware—or mindful—of it. But becoming mindful has other meanings and other benefits. Human beings, as far as we know, are the only creatures endowed with full self-awareness—the ability to apprehend themselves as separate from their environment and from other people—but that self-awareness comes in gradations. It’s one thing, for example, to be aware that one is alive, that one exists. It’s another to be able to identify the feelings one is feeling. And it’s entirely another to know why one is feeling it.

But there’s a level of mindfulness that goes even beyond this: an awareness of the underpinnings of one’s own thought process, one’s own biases, and the limitations inherent in both. Mindfulness in its most useful form, I would argue, involves being able not only to turn one’s full power of disinterested observation on oneself in order to improve one’s interactions with others and one’s ability to grasp what’s actually true about the world, but also to know when to do it and when to fully immerse oneself in experience. What follows, then, is a list of things that being mindful will reveal to us, a list of things worth regularly reminding ourselves about ourselves:

I didn’t put up this list to depress or discourage you. We are, in fact, great at spotting all of these issues in other people. But it takes great focus, time, energy, and courage to spot them in ourselves. But to become mindful of ourselves this way—to start by admitting the possibility that all of these things are true for us—is to take the first step toward living a life less constrained by them and their effects. Though it remains unlikely we’ll always (or even ever) be able to free ourselves from any one of these constraints entirely, becoming mindful of them, noticing when we’re caught by them, is not only possible but desirable. For in catching ourselves falling prey to them, we really can gain more control over our feelings—and in so doing, improve the choices we make and thus the lives we live.

I'll be a doctor soon, but I can't understand my hospital bill

What being mindful will reveal to us
1 comments