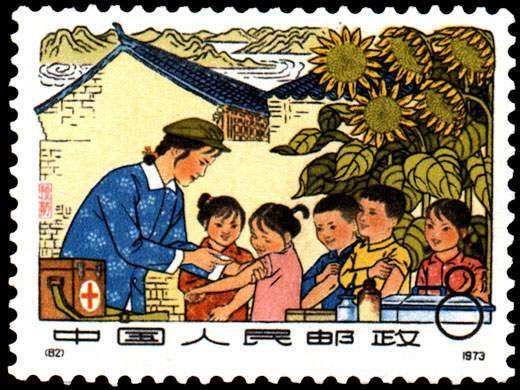 Wang Li is a 48-year old farmer from Dalian, China. After a two-day trip to the major provincial hospital, he’s heading home to his village to die. Wang has lung cancer, and even with insurance, his surgery will cost him 20,000RMB—$3,000, which is twice his annual salary. The surgery would be curative, but it doesn’t matter. “I cannot burden my family,” he said.

I am a Chinese-born, American physician who just returned from a two-month research trip spanning twelve cities and nine provinces in China, where many of the healthcare reforms in contention in the U.S. have already been tried. As Americans contemplate the decisions ahead, consider China’s cautionary tale.

Today’s China is one of great disparity. The wealthy minority receives top-notch care, while the poor majority suffers from little access to care and no way to pay for it. Stories abound of patients like Wang Li who sign out of hospitals when they run out of savings, knowing they will die without treatment.

It wasn’t always this way. In the mid-twentieth century, China had universal healthcare with a robust primary care system. Millions of “barefoot doctors” provided basic medical services in villages, and attention to prevention ensured significant gains in life expectancy.

The reforms of the 1980s changed healthcare from being a social good to a commodity. Universal insurance was dismantled, and 900 million people lost coverage overnight. Healthcare was decentralized to provincial governments, who allowed the market to operate with few restrictions.

What’s emerged is a fragmented system fraught with inefficiencies and perverse incentives. In Beijing, if a doctor diagnoses someone with a common cold and sends the patient home, she gets paid, 4.5RMB, less than a dollar. But if she orders tests and administers IV antibiotics, she gets paid 400RMB, 100 times more.

There are additional ethical concerns. Because local governments have ultimate responsibility for service provision, poor provinces can afford to pay their doctors little more than manual workers. Doctors are expected to “top up” their salary through other means. Some earn up to 5 times their salary through kickbacks from pharmaceutical companies by prescribing new, expensive medications; others accept direct bribes from patients (“hong bao”) as promise for better care.

The commoditization of healthcare has caused direct harm to the patient-physician relationship. Patients question whether doctors are acting in their best interest. Threats against doctors occur daily, and doctors have become terrified of the people they serve.

Understandably, the attrition rate among doctors is multiplying. The lack of doctors is particularly acute in rural areas. With low pay and few opportunities there, doctors flock to cities, leaving many villages without any doctor. The high reimbursement for treatments has resulted in a huge pay differential in favor of specialists, and China has gone from a model primary care system to having virtually no general practitioners.

To its credit, the Chinese government has recognized the inadequacies of its healthcare reform, and is making amends including a nationalized health insurance system and a code of conduct for doctors. For the U.S. in considering similar reforms, China’s failures offer three important lessons:

First, health insurance does not equate access or coverage. In China, those with insurance still have to pay 60-70% out of pocket, leaving many without actual health coverage. Taking “personal responsibility” for our health may be important, but we should not price people out of life-saving treatments.

Second, fee-for-service should be abolished in favor of fee-for-diagnosis, with a specific illness billed a fixed amount regardless of the tests and procedures performed. Not only does such “bundled payments” require accurate diagnoses, they reduce cost and the potential for inefficiency and corruption.

Third, healthcare regulations need to be national decisions. Given the variability among states and our mobile healthcare workforce, decentralized policies don’t make sense and will exacerbate inequalities. Market-based innovation can still be encouraged with pilot projects starting at the state level, but the U.S. needs national consensus on overriding principles.

This year, America has a once-in-a-generation chance to fix our broken healthcare system. As policy-makers discuss implementation of the Accountable Care Act, they should learn from China’s experience and decide whether they see medical care as a commodity or social provision, and what are the responsibilities of the government to ensure the health and well-being of its citizens. 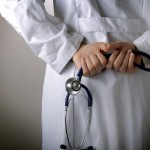