I did not want to go to the emergency room. I really didn’t.  Resisting the idea, I lay doubled over with the worst abdominal pain of my life for 12 hours, unable to eat or drink or move, and finally vomiting before I considered it. I was well aware that this sequence of symptoms made me a textbook case of appendicitis, but I still consulted an ER doctor to ask: was he sure I needed to go?

Business school taught me that ERs are centers of waste and inefficiency, and that their overuse is both the cause and effect of many of our healthcare system’s problems. I learned in medical school that ERs are hectic and dirty, and wait times are long.

Plus, I couldn’t afford it. I was finishing my second year of medical school and already $200,000 in debt. My loans allowed a yearly budget of $17,000 for all of my expenses. Two of my cousins, both in their 20s and healthy, had recently gone into debt after racking up huge bills from hospital visits that started in the ER.

Hours passed while it was taken and read. The results were upsetting. Perhaps it was because it was 4 AM and I was on narcotics, but I felt jolted by shock and anger at the results: inconclusive. Apparently, I was too thin, so there wasn’t enough fat contrast. It was impossible to identify my appendix at all, let alone tell whether it was inflamed.

“Why couldn’t they see how thin I am before ordering a test that costs thousands of dollars?” I demanded. They laughed, as if I was making a joke.

I was admitted for observation and discharged 12 hours later at my own pleading. During my stay, I saw six doctors once or twice each and was never diagnosed. Surgery was repeatedly mentioned as a possibility, but no one explained its risks and benefits. I don’t know if or why they ultimately decided against it.

The final cost of my one-day hospital stay was $16,500. After discounts or perhaps negotiations, the insurer actually paid $6,500. I paid $100 personally. I am still not sure what came of the large sum my insurer paid on my behalf.

In a larger sense, I don’t understand the value of my first experience as a healthcare consumer: I still don’t know if I had appendicitis or whether it was an initial bout of something chronic that may bring me back to the ER repeatedly before getting diagnosed. Or maybe it was just passing gastroenteritis.  Either way, I still have my appendix, so there is a 7% chance I will return to the ER with appendicitis some day.

The $6,500 only bought pain-control. My trip has no potential long-term benefits. Knowing what I know now, having discussed my case with surgeons during my hospital rotation, I would have opted to have my appendix removed and intestines examined laparoscopically. My visit would have been more expensive, but at least it would have accomplished something.

I also don’t understand the value of the money spent in a literal sense, since my bill is so complex. Documenting my stay of less than 24 hours were 32 billing lines, each with a CPT payment code. I tried to click on the codes in my bill online to analyze the care to which they corresponded. I was interested in reflecting on the course of events, and thought the activity would be a fine illustration of how hospitals bill for services.

I was surprised that the codes were not hyperlinked, so they didn’t lead to word-based explanations of the goods or services they represented.  I eventually resorted to Google, and after a huge amount of time wasted, was only partially successful. Finally, I gave up, deciding that understanding my bill was not very important, anyway, since someone else paid for it. This is probably how most insured people think about their healthcare.

I went to business school, where I took graduate courses in accounting and healthcare economics, and in 18 months, I’ll be a doctor, but I can’t understand my hospital bill.  If I can’t, how can anyone?

Lisa Jacobs is a medical student.

What being mindful will reveal to us 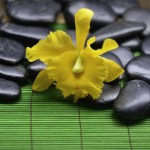 A creative way to meet our health needs: Direct practices

I’ll be a doctor soon, but I can’t understand my hospital bill
14 comments