An excerpt from In the Kingdom of the Sick: A Social History of Chronic Illness in America

For Jennifer Crystal, a thirty-three-year-old woman living with Lyme disease and two of its co-infections, life changed dramatically with one tiny tick bite in the summer of 1997.  It was the summer before her sophomore year at Middlebury College, and Crystal was working at a summer camp in Maine.

“I remember the day that everything changed, that summer at camp: I came into the dining hall after a long morning of lifeguarding, driving a ski boat, and chasing campers around in the sun. Suddenly the room started to spin. I got dizzy and shaky, and my hands were clammy. Everything seemed very far away, as if I were looking through a tunnel. The camp nurses immediately suspected dehydration, but when they heard how well I had in fact been hydrating all day, they realized I was having a low blood sugar reaction. That episode was the first of many, and soon I had a diagnosis of hypoglycemia. I’d never heard of it. It didn’t make sense to me, or to any doctors, why I would suddenly develop hypoglycemia, but no one seemed overly concerned with finding the answer,” she says.

It would be years before Crystal and her doctors would trace her symptoms back to that summer and to a tick bite, but as it turns out, that is not at all unusual when it comes to Lyme disease. The controversy surrounding the diagnosis of chronic Lyme disease and the schism it has caused between patients who say they have it and factions of the medical establishment who disagree with the diagnosis, symptoms, and treatment for it represents what is now a well-established pattern when it comes to chronic illness.

In an article published in 1991, when Lyme disease was on the rise in terms of notoriety and diagnosis, physician and medical historian Robert Aronowitz wrote that “A market for somatic labels exists in the large pool of ‘stressed-out’ or somaticizing patients who seek to disguise an emotional complaint or to ‘upgrade’ their diagnosis from a nebulous one to a legitimate disease.” Aronowitz goes on to write, “When one is not sure whether a patient has ‘disease,’ then both doctor and patient have room to speculate about the way in which life stress or other emotional problems may be expressed in bodily symptoms.”

In some ways, this same formula can be applied to a host of readily identifiable chronic conditions in a familiar, rinse-lather-and-repeat pattern—patients report symptoms that are hard to explain, and a space opens up for questions and skepticism. The tempting answer is to let science clear up the confusion, since unlike many of its contemporary illnesses there is quantifiable evidence of Lyme disease.

Except when there isn’t.

As an infectious disease, Lyme is more common than HIV/AIDS, and, in its own right, is as politically mired. It is the most common vector-born illness in the country, and between 1992 and 2006, reported cases of Lyme disease more than doubled, topping at almost 250,000. According to some estimates, up to 20,000 new cases are reported annually, though some patients and physicians feel the numbers are actually much higher, since Lyme is often mistaken for diseases like chronic fatigue, fibromyalgia, rheumatoid arthritis, multiple sclerosis, and so on. Its politics, its patient advocacy community, which adapted quickly to the social media milieu, and its challenge to evidence-based medicine all make chronic Lyme disease a revealing portrait in present-day illness.

Along with hotly debated topics like the association between autism and vaccines, these medical dramas have played out online in real-time for much of the past decade, where comments and postings often complement or replace altogether the protests of decades past … In the case of chronic Lyme and other chronic conditions, it isn’t so much that the research is just emerging. Instead, often the research exists, but it is the strength of the science itself that is at issue—and technology helps fuel criticism and analysis, for better or worse.

In the twenty-first century, mobilization and protest often take place virtually, where technology unites people with like ideas and like causes.  The rapid, dramatic shift to a digital world has influenced how and where we work, how we spend our leisure time, and how we transform thought into action.Consider the Arab Spring movement in 2011, where one man’s self-immolation in response to oppression in Tunisia brought about protests that quickly spread through neighboring countries, such as Egypt, Syria, and Libya. Technology like Facebook, Twitter, and Blackberry Messenger helped protestors organize, helped the movements spread their message, and helped the outside world gauge what was going on. Stateside, the Occupy Wall Street and other Occupy spin-off protest movements in 2011 relied heavily on social media platforms to mobilize, voice their agendas, and garner support.

While digital advocacy has not turned virtual collaboration into in-person protest in the dramatic ways the Arab Spring examples show, it has still had an enormous influence in changing how we find, use, and spread information. For example, eighty percent of Internet users—and about three-quarters of US adults use the Internet—have looked online for information on any of fifteen health topics, such as a specific disease or a treatment, and thirty-four percent of Internet users have utilized blogs, websites, and online news groups to read commentary about other people’s health experiences. As current-day controversies like chronic Lyme and others illustrate, we’ve come a long way from the mid-twentieth century hubris over medical science’s capabilities. Instead of believing medicine and science can and will conquer most of what ails us, we’re questioning it—and in turn, patients and advocates face increasing scrutiny, too.

Now, virtual collaboration and information-sharing offer patients and patient-advocacy groups many benefits, but the flip-side of this mobilization comes with a condition: the message must be accurate, and the information reliable.

Laurie Edwards blogs at A Chronic Dose and is the author of In the Kingdom of the Sick: A Social History of Chronic Illness in America.

Celebrate what makes being a woman in medicine special

What is each minute of my time is really worth? 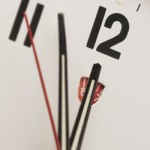 Digital advocacy for patients: The message must be accurate
8 comments