My phone rang a few weeks ago, the morning of January 26th. It was my brother saying “Mom has cancer in her spine. I’m bringing her to the hospital this afternoon. They’re operating Monday.”

I threw my stuff in my suitcase, jumped in the car and drove back home from the conference that moments before had seemed so important.

But before I left, I spoke at length with the orthopedist who’d delivered the diagnosis and would be doing the surgery. I called him on his cell phone, which I could do, because he’d given my mother the number (and with assurances I would use it judiciously). It was a Saturday morning. Dr. P. spoke to me for half an hour, answering my zillion questions in a calm, thorough and detailed way– what you might expect from a family member. Only he wasn’t family. In fact I’d only met him once before, five or six years earlier, when Mom saw him and got a diagnosis of spinal stenosis, a painful narrowing of the spinal column made bearable in her case with injections.

When I got to the hospital, Mom was already propped in the bed, a bit dazed, clearly not having fully processed that at 82, she’d be undergoing major surgery and an uncertain prognosis. I looked around the room. I couldn’t be sure, but this might have been one of the very rooms my father had stayed in seven years ago, when he’d entered for routine surgery on his neck, and died six months later from complications of an infection.

The next day Dr. P. came into the hospital early to visit my Mom. I was calling from home and felt bad that I’d miss a chance to talk to him in person. He said he’d stay and do some work, and wait for me to get there. (This is Sunday morning, remember.) I drove up with my husband. While Mom was out getting a test, Dr. P. sat across from us and answered the next zillion questions I’d come up with since we’d last spoken.

Monday at noon, I walked with Mom through the pre-op process, and finally let go of her hand as she was wheeled into the OR. The surgery was supposed to take three hours. Six and a half hours later, Dr. P. (who’s been in the OR since 7am; it was now 6:30pm), came to my Mom’s room, where I was awaiting word. He told me things in the OR had gotten tricky. He pulled Mom’s films up on the computer, showing me the area of tumor he’d cut out. How he’d had to tease the cancer tissue off of the nerves that feed her legs, and allow her to walk. He showed me the metal pins and screws he’d had to use to shore up Mom’s vertebrae– because the bone had flaked when he touched it. Mom was now in the ICU, he said, on a ventilator, at least for overnight, because her blood pressure had been funky during the whole procedure. Could I go see her? Yes, he said, I’ll walk you there.

So we walked … through the crazy labyrinth of corridors you find in urban hospitals, to the ICU, where Dr. P. went in ahead of me, made sure Mom was settled, and then brought me in. He answered a couple more questions. He had to leave town for a few days, he said, but would be guiding Mom’s care through his colleagues, and I could text or call him. He left. It was nearly 8pm.

The days turned into weeks, and Mom struggled, but was recovering as well as we could hope (strong Dutch genes). I did text Dr. P. about concerns along the way, several times. From wherever he was, he made things happen, things that needed to happen.

We had to reschedule Mom’s follow-up visit with Dr. P., because of a snafu on our end. He texted me a question: What rehab hospital is your Mom in? I texted back and got no response.  The next day, I went in to see Mom.

“Guess who came to see me last night?” she said.

“Really?” I said. “Did he come to check your incision?”

I was thinking, how nice … he did the re-check here, saving her the trip. No, she said, he didn’t examine me. He came on his way home from the hospital, and just sat on the bed next to me, and held my hand, and asked how I was doing. We just talked, for about half an hour.

That doctor is Dr. Mark Palumbo of Providence, RI. He doesn’t wear a superhero costume, and I doubt he can walk on water. But he is a great doctor, and a superstar human being.

As a patient advocate, I’ve seen the best and worst medical outcomes. My dad died in the hospital at 76, but my older brother was saved three years ago in that same hospital after surgery for a grim cancer diagnosis. I know mistakes happen in hospitals, and harm occurs, because trying to fix that is the stuff of my work these days. I understand a lot of the harm happens because there are so many hand-offs to a variety of staff, and tasks that providers are juggling, and that perfection isn’t attainable.

But the biggest asset of a hospital– the biggest determinant of good care– is the people who provide it. Doctors like Mark Palumbo, and Mary Ann Fenton (Mom’s oncologist) and Tom DiPetrillo (radiation oncologist), and the many, many kind nurses and staffers who’ve touched my mother’s life and helped our family, humble me with their compassion and kindness.

Yes, it’s something of a miracle that six weeks after her surgery, Mom is in less pain than before, and can actually take a few steps without a walker. She is on track to take us up this month on our Christmas gift to her: her first cruise, along with me and my two daughters. She’s hoping to find a bridge game while on board.

What do you say– can you say– to the people who saved your mother’s life?

8 reasons why your practice needs to stay open during lunch

7 tips to improve your patient presentations 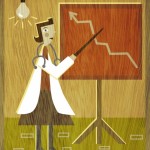 What can you say to the people who saved your mother’s life?
7 comments