There’s a lot nurses can learn from doctors.

There I said it.

Nurses don’t feel valued. Much of this is warranted, but I argue that some of it is self-inflicted. I said this once to a colleague and she responded, “But that places the blame on the nurse.”

I disagree. Rather than placing blame on the nurse, it empowers any nurse to realize that in each of us lies an opportunity to behave in a way that allows us to receive the respect we deserve. Stop fighting for it and start expecting it. Close the gap between doctor and nurse without offending or confusing anyone.

There are ways that we nurses can be more like doctors that don’t require additional degrees, institutional approval or even money.

Real life nurses actually already do this. It’s just that nursing education hasn’t caught on yet. Which is unfortunate because it takes new nurses so many steps back from where they should be when entering the profession. If you don’t know what nursing diagnoses are, they are an attempt to distinguish nursing language from doctor speak when describing the very same clinical scenario. For instance, when I have a patient who’s hypoxic, I say, “This patient’s hypoxic.” I do not say, “This patient has altered tissue perfusion.” That would be silly. Every time nursing students are taught to use nursing diagnoses, the profession is shooting itself in the foot again.

You don’t need M.D. after your name to stay abreast of cutting edge research in the medical field. There’s plenty of clinically relevant research in nursing journals (and hey, go crazy with a medical journal once in a while—you might even understand the big words). Then tell your patients what you know. I guarantee you they’ll respect it.

Doctors use the “C” words: Consult and colleague

Doctors consult with colleagues; they discuss clinical ambiguities and tough decisions. Nurses consult with each other, too. We’re just not taught to use those words. Let’s start.

How many times have I heard a nurse say to a physician, “Sorry to bother you”? Saying “Sorry to bother you,” when addressing a clinical matter to a doctor who is vested in the outcome is like the President apologizing to the Senate for calling a meeting to address national policy. These are our jobs. We share a unified goal called optimal patient care. Don’t start out by providing a reason to ask for forgiveness for a crime not committed. Rather than come from a place of “Sorry.” Why not come from a place of “Thanks.” As in, “Hey, thanks for getting back to me.” Try it just once—it feels good.

Doctors expect to be respected and are surprised when they aren’t, not the other way around. That’s not a criticism, it’s a compliment. They’ve worked hard for many years and can prove it with their school loans. Nurses come into the workforce already expecting to be snubbed, brushed off, and undervalued. We’re afraid of getting yelled at, afraid of being blamed for something, afraid of being mistreated with no recourse. And we feel pleasantly surprised when that doesn’t happen. Let’s turn our expectations around.

Meaghan O’Keeffe is a nurse who blogs at Nurse.com and Healthy Offspring. 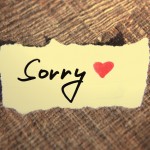 What can nurses learn from doctors?
20 comments