The woman lying on the gurney was motionless.  Her chest moved up and down with a timid but halting regularity.  The calmness of her face was in sharp contrast to the panicked despair of the man sitting next to her.  He clutched at her brow as he mumbled into the phone incoherently to his a son who was waiting in line at the airport.

The ER physician entered the room and waved away the phlebotomist who had been maniacally tenderizing the poor patients arm looking for a new IV sight.  A crash cart stood ideally in the corner waiting for an overzealous hand to break the seal of the intubation kit.

The young doctor pulled up a chair and waited for the frantic man to hang up the phone.  The CT showed that the cancer had spread into the lungs, and possibly invaded the precious pericardial sack surrounding the heart.  Surprisingly, it was even worse then the scan done just one month ago.

The man looked lovingly at his 90-year old wife.  Their doctor had said that maybe if she could gain a little weight and lift herself out of bed …

We have an experimental chemotherapy that has shown much promise.

No one ever mentioned supportive or palliative care.  No one talked about DNR.

The man lying on the bed seemed unaffected by the morning light flowing in through the bedroom window.  His skin was ashen and his mouth remained open as the air barely rushed past.  He was in no pain.  His arms were clean and unburdened by the scars of medical care.

His family and friends gathered in the living room.  His children and grandchildren had flown in a few days before.  FMLA papers had been signed and submitted.

It wasn’t a surprise.  Weight loss and weakness accompanied months of conversations.  The doctor set up family meetings.  The man had spoken his mind for all to hear.

No tests.  No hospitals.  Just make me comfortable.

For some, 80 years isn’t old.  For others, it’s a lifetime.  The doctor seemed unconcerned with the lack of a diagnosis.  With the specter of procedures and cat scans on the horizon, a patient took a stand and made a decision.

The important people were notified.  Plans were made.  Hospice was consulted.  And a life, a proud life, slipped away quietly on sunny winter morning.

In short, the period was so far like the present period, that some of its noisiest authorities insisted on its being received, for good or for evil, in the superlative degree of comparison only.

Oprah should devote a show to vaccine safety 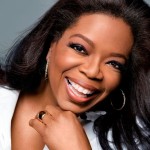 When it comes to medical residents, patients have a choice

When end of life approaches: 2 pathways of care
2 comments