I recently read a very good article in the New York Times about a patient found to have the classic incidentaloma, a small mass in the adrenal gland.  This is estimated to be seen in 4% of abdominal CT scans, and is rarely serious but typically leads to recommendations for additional testing and follow up CT scans to assure that it is not either a metastatic cancer from another area or a hormone secreting tumor of the adrenal gland itself. It is so common that the NIH has a formal recommendation article to guide physicians on how to manage a small adrenal mass found on imaging modalities, what they refer to as adrenal incidentaloma, and even have an acronym “AI.”

The whole incidentaloma problem is just one example of the real cost of ordering tests, especially tests like CT scans and MRIs that are so sensitive that they often find insignificant minor abnormalities or normal variants that lead to yet more expensive and sometimes invasive evaluation.

The baby had a seizure: Why was the mother smiling? 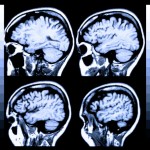 Why energy drinks should be considered stimulant drugs 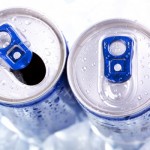