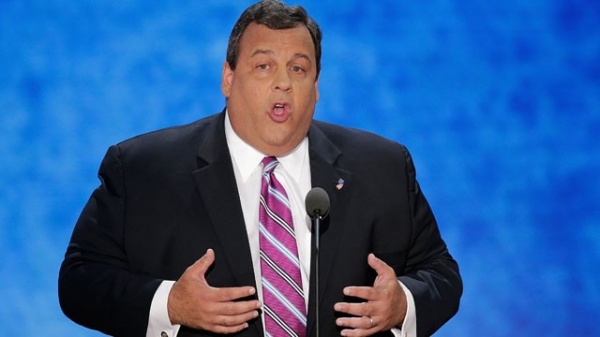 Former White House physician Connie Mariano, MD, set off a firestorm recently by stating the patently obvious fact that New Jersey governor Chris Christie ought to address his morbid obesity prior to entertaining thoughts of running for the presidency in 2016.

“It’s almost like a time bomb waiting to happen unless he addresses those issues before he runs for office,” Mariano told CNN, saying she’s concerned Christie could suffer a heart attack or stroke.

The short-fused Christie unloaded on the good doctor in typically fiery fashion:

As far as this specific situation goes, I don’t think Dr. Mariano is out of line.  One doesn’t need to perform a complete physical examination (beyond asking the governor to step on a scale) or have access to his medical history in order to arrive at the conclusion that Christie is in fact “morbidly obese” and therefore falls into the category of those who are at higher risk of developing a multitude of obesity-related complications (coronary artery disease, strokes, degenerative joint disease, hypercholesterolemia, diabetes etc).  It’s rather evident.  This doesn’t have to be a New England Journal of Medicine case study for CME credit.  The dude is extremely obese.  It’s right there in front of one’s nose.  And we know that obesity predisposes one to the aforementioned  co-morbidities.  If the rotund Governor walked into my office with a bothersome umbilical hernia I would feel obliged to recite a scare list of possible post op complications and how, if he didn’t try to lose some weight before surgery, he was looking at a much higher expected rate of wound problems and post op cardiopulmonary complications.

The issue raised, however, transcends Christie and morbid obesity.  In an age of instantly available information, an age where the public seems to have an unquenchable thirst for data, one must ask where we draw the line on what an appropriate query would be for citizens running for public office.  How transparent ought a candidate’s medical record be?  FDR couldn’t stand from complications of what was likely Guillain-Barre syndrome.  He concealed this inconvenient fact from the general public over the course of three terms (via staged public appearances and the assistance of a compliant press.)  Should FDR have been obligated to be more forthcoming?  And how would that have affected his electoral chances?  What would have been the effect on the Depression and WWII?  John McCain released all his medical records prior to the 2008 election in order to ease voter concerns about a 71-year old man who carried a known past diagnosis of melanoma.  Some balance between transparency and opacity is needed.  A public official deserves some element of privacy, but ailments which could affect one’s performance deserve a public airing.

I think a good rule of thumb is this: that which is known or readily apparent is fair game.  If you’ve used your recovery from colon cancer as part of a campaign narrative centered around the theme of perseverance and dedication, then we have a right to your latest CEA level, CT results, and a letter from your oncologist stating you are disease-free.  If you have obvious Kaposi’s sarcomas on your face (a la Tom Hanks in Philadelphia) then we need to see your CD-4 levels and HIV viral load.  If you are a morbidly obese governor with presidential ambitions then if you want to throw your hat in the ring in 2016, I’m going to want to see your stress test results.  I’m sorry, but HIPAA goes out the window for those who aspire to lead the last remaining superpower.

I'm a part time physician, and I'm not sorry

Is Chris Christie too obese to run for president?
244 comments