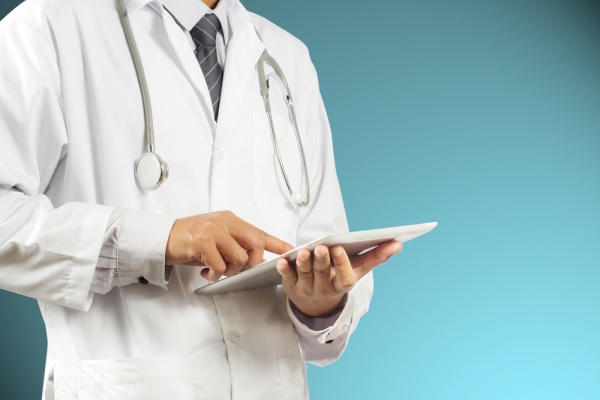 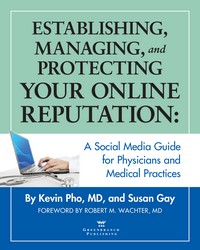 This is the Foreword from Establishing, Managing, and Protecting Your Online Reputation: A Social Media Guide for Physicians and Medical Practices by Kevin Pho, MD, and Susan Gay (Greenbranch Publishing, 2013).

Information technology is transforming the way we teach, learn, communicate, work, play, and think. And there are few areas in which the changes have been more deeply felt than in healthcare.

A few years ago, one prominent physician-leader told me he wouldn’t read blogs. “I already have too much on my plate,” he said. He reads them today. I’ve heard from others who once refused to use e-mail, or text messaging, or electronic health records, or Facebook, or Twitter. In every case, resistance gave way to acceptance—a digital version of Elisabeth Kübler-Ross’s famous hierarchy—as the benefits became too hard to ignore. Luddite Island has become an increasingly lonely place.

While I have always been something of a technophile, I was nowhere near the leading edge of these developments. I began blogging in 2007, after realizing that I had observations I wanted to make about a variety of issues in patient safety, healthcare quality, and policy, and that my only vehicle for publishing them (or so I believed) was a traditional medical journal. It was nice when one of my articles showed up in JAMA or the New England Journal of Medicine, but the peer-review process meant a six-month lag between idea and publication (for the papers that weren’t rejected!), during which most topics had grown stale.

Blogging changed all that: it shortened the path from idea to publication to a couple of days (plus none of that rejection stuff). I started tweeting in 2011, partly as a way to promote my blog, but instantly found that it greatly extended my “brand,” and that there was no more fun and useful way to wait for an elevator. Today, I find that more people know me from my blog writings than from my 200 peer-reviewed articles and six books, and that I receive more direct feedback about my blog posts than about virtually any of my writings in more traditional media. Like Willie Sutton’s famous line about why he robbed banks (“Because that’s where the money is”), I blog and tweet because, quite simply, that is where interesting and interested people increasingly live.

The transformation of healthcare in the information age has broad consequences. Knowledge has been democratized: patients now commonly search for information from Dr. Google before they consult Dr. Welby. The idea of patients seeking support and insight from communities of individuals with similar problems—pioneered more than 75 years ago by Alcoholics Anonymous—has been adopted by groups ranging from patients with cancer to families of patients with Alzheimer’s. But in today’s incarnations, the meetings are online, not in the local church basement.

Not only does today’s patient expect to have a virtual relationship with his or her doctor, but the data that inform this relationship—everything from the heart failure patient’s daily weight to the diabetic patient’s blood glucose levels—can now be wirelessly transmitted from a digital device to the physician’s computer, where it can be analyzed and acted upon. In the old days, the office visit (or the hospitalization) was the fleeting interlude during which the business of doctoring was conducted. Today, these face-to-face meetings are punctuation marks in a narrative arc that is no longer bound by physical proximity.

Even with all these changes in the nature of the doctor-patient relationship, there may be none as transformative, and unsettling to physicians, as the fact that patients are increasingly learning about their doctors based on the doctors’ online presence. This, of course, is not unique to medicine: we all have dual personalities today, our flesh-and-blood persona and our online persona. For many physicians—particularly those who are happy with who they are, or who have left electronic breadcrumbs behind from college fraternity or sorority parties—these developments may be cause for angst, even alarm.

But whether we like it or not, our online reputation is becoming the main prism through which we will be known—to colleagues, to friends, to patients, to prospective employers, really to everyone except our most intimate partners. With this realization comes the recognition that we can no longer afford to be passive observers of our online persona. Managing it needs to be an intentional act, both to avoid trouble and to ensure that it is an honest reflection of our best selves.

As we traverse this new and exotic waterway, we could not have a better river pilot than Dr. Kevin Pho, who in this book offers us his vast insights about this rapidly changing ecosystem.  Pho, an internal medicine physician from Nashua, New Hampshire, stepped into the world of blogs, tweets, and Facebook early and skillfully, and has since cemented his role as “social media’s leading physician voice.” In fact, in the field of social media and healthcare, Pho has achieved the first-name-only cachet generally reserved for celebrities (Oprah, Madonna, Hillary). His copilot on this journey is Susan Gay, an experienced leader in healthcare publishing, both old-school and digital. Their book is written in plainspoken language, and it is exhaustively researched. The advice it offers is practical and can be applied today. I have already begun implementing some of it myself: the book prompted me to join LinkedIn and to Google myself.

Several years ago, I attended a meeting of the faculty in my department at the University of California, San Francisco. The discussion turned to all of the changes that were transforming the practice of medicine: new regulations, public reporting, payment methods, computerized prescribing, social media, you name it. One of my esteemed senior clinicians, someone who had done quite well under the old rules, stood up to address his colleagues, including me.

I was flabbergasted—he was just the kind of graybeard to believe that all of these changes were ruining medicine, at least medicine as he knew it. But then he said: “I could be younger.”

While I found his comment amusing, I also profoundly disagreed with it. To me, there has never been a more exciting time to be a healthcare professional. Yes, we are under increasing pressure to find ways to deliver the highest quality and safest care. We have recognized the need to engage patients and families in new ways. We simply must spend less money and waste fewer resources. And we have to do all these things using tools, including digital ones, that were probably not invented when we were in medical school.

While change is hard, one of the things I like about this book is its can-do spirit and optimism. Sure, as many a politician and a handful of doctors have learned, there are lines surrounding our online behavior that should not be crossed (particularly related to privacy and decorum), and some of these aren’t fully drawn yet. Yes, social media can distract instead of enlighten, wrong information can look suspiciously like correct information in a tweet or blog, and e-charlatans can have successful runs before they are unmasked. Yet Pho and Gay emphasize the magnificent attractions that the digital world offers—to disseminate ideas, to forge new relationships with patients and colleagues, and to make a difference.

Like them, I believe that the benefits of social media far outweigh the hazards, for both physicians and patients. This book will help ensure that we take full advantage of these opportunities, while steering clear of the pitfalls.

Physicians who hasten death should not be called doctors

Advice for parents in medical school or residency

The transformation of healthcare in the information age
1 comments