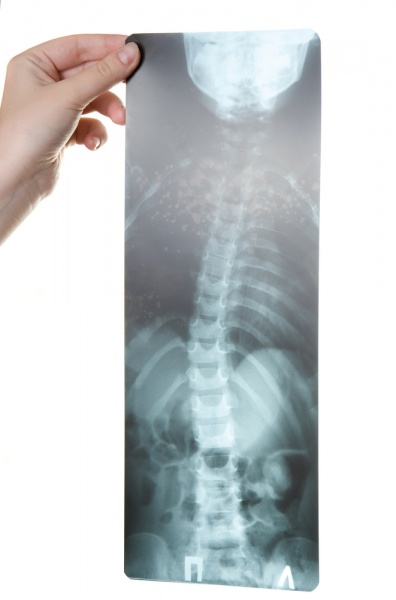 There are plenty of things we don’t know about health and illness. Sure, we know a lot more than we did fifty or a hundred years ago—but every day, still, I have questions that aren’t yet answered. I read a dozen or so journals each month. (I know. Nerd.) Each one has at least ten or so good quality studies—good, solid experiments to determine the best way to treat something, or basic science investigations to really understand what’s going on in the body. Heady stuff. And there are always more questions!

A question was posed to me this week: can chiropractic treatments help with scoliosis? My first thought was: probably not. I mean, I’ve never run across a study of chiropractic in my journals that shows effectiveness for scoliosis. Still, I wondered—what about the chiropractic journals? They have their own literature. Why not take a look?

I looked. And I am appalled. There is nothing—nothing, not a shred of evidence—that chiropractic can help scoliosis. One trial has been published involving all of six pediatric patients. That’s it? These are people who routinely treat children, who routinely treat back problems, and who are giving people the impression that they can help with scoliosis. And they’ve barely even studied it!

OK, maybe that was an isolated thing. So I dug more. I ran across a series of three published reports, all in established chiropractic journals, that together have reviewed the entire chiropractic published literature on pediatric care. Keep in mind, this is chiropractors themselves, reviewing their own knowledge base.

The first review, published in 2005, is titled Assessing the evidence for the use of chiropractic manipulation in paediatric health conditions: A systematic review. Chiropractors Gotlib and Rupert of the Canadian Chiropractic Association searched the entire biomedical literature, looking at everything that had been published using every database imaginable, to find all articles relevant to children.  Their “inclusion criteria” were quite broad—they looked for any study involving children in a therapeutic setting that was published in a peer reviewed journal or reported at a conference, or any relevant systematic review. They found 166 published reports, almost all of which were “descriptive studies”—the lowest kind of evidence, where an author describes what was seen or done, without any corroboration or experimentation that what was done was effective. As for high-quality evidence, through 2003 only NINE randomized trials in children of chiropractic care for any pediatric health condition had been published. One was only a feasibility study that didn’t report results; one was on nursemaid’s elbow, which isn’t treated with chiropractic spine manipulation. Of the remaining seven studies: four showed no effect on asthma, bedwetting, colic, and jet lag; and three showed benefits in asthma, bedwetting, and colic. The total number enrolled in all 9 clinical studies was 590 children. The authors concluded:

“Health claims made by practitioners regarding the application of chiropractic manipulation as a health care intervention for paediatric health conditions are, for the most part, supported by low levels of scientific evidence.”

The same authors compiled a second review in 2008, to catch any studies published from January 2004 thru June 2007. They used the same exhaustive search, and the same broad criteria. They found ONE additional randomized trial—which was, actually, only a feasibility study involving six children with scoliosis. Their conclusion:

“There has been no substantive shift in this body of knowledge during the past 3 1/2 years. The health claims made by chiropractors with respect to the application of manipulation as a health care intervention for pediatric health conditions continue to be supported by only low levels of scientific evidence.”

OK, this is looking bad. Real bad. Is anyone actually even trying to study children to figure out if chiropractic works, and when to use it?

A second group of authors picked up the baton, publishing their own thorough review in June 2012, specifically to see what new trials concerning children had appeared. There was quite an uptick in publications—from the four year span since the last review, from 2007 through 2011, sixteen studies were published about children, looking at a total of 1980 kids. About 500 kids a year were actually enrolled in clinical studies. It is a step in the right direction. However, many of the studies were poorly designed and difficult to interpret, according to the chiropractors who wrote the review. And ironically, there have been ZERO published studies, ever, looking critically for genuine evidence that Spinal Manipulative Therapy helps children with back pain. These authors concluded:

“Further research is clearly required in this area of chiropractic health care, especially with respect to the clinical effectiveness of SMT on pediatric back pain.”

I am glad that the chiropractors who compiled these three reviews have expressed their need for better pediatric studies. They’ve illustrated that their own profession has neglected children. They have essentially no evidence that any of their treatments work for any pediatric condition. However, at the rate they’re going, the tiny dribble of studies being published isn’t going to come close to a decent, reliable body of literature any time soon. A single issue of Pediatrics contains far more studies looking at far more children than the entire accumulated published experience of the entire chiropractic profession.

A caveat: these reviews of the chiropractic literature included all publications through the end of 2011. It is possible that 2012 saw an explosion of pediatric studies. I’d love to hear that, if it’s true. I don’t have subscriptions to these chiropractic journals, and don’t have the ability to completely review their 2012 literature myself.

Chiropractic professionals need to decide. Is treating children part of our practice? If so, they should insist on quality information to guide their practice to effectively help pediatric patients. Until they have that knowledge, they ought to tell parents that, honestly, they have no idea what they’re doing.

What happens if the doctor isn’t sure? 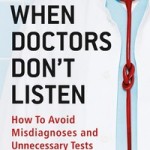 Sending your child to the chiropractor: Be very careful
83 comments