From 1974 to 1982, a group of researchers conducted the RAND Health Insurance Experiment. In lay terms, what they did was assign people to different levels of insurance coverage, with a particular focus on the amount of co-payments, co-insurance, and deductibles that people had to pay, and then they observed their use of the health care system. As you might expect, those who had to pay more out of their own pockets used less health care. More importantly, they didn’t make a distinction between necessary and unnecessary care.

This is why insurance companies use these methods of cost-sharing to help keep utilization and costs down. The reasoning goes that when people have to spend some of their own money at the time that they are deciding whether or not to utilize the health care system, they will be more judicious in their use of resources. In other words, if you are feeling a little bit under the weather and you don’t have to pay anything to go to the doctor, you are more likely to go than if you have to fork over $20. On the other hand if you are “truly” sick, paying the $20 will be totally worth it.

But what about the very low-income? For them, even when they are extremely sick, $20 may be too much money to spend on health care. They may have the money, but need to spend it on other things like food, or–if they are very poor–they may not have the money at all. In other words, for the low-income, cost-sharing goes from being a motivator of the judicious use of resources to a barrier to accessing the health care system. For this reason, Medicaid–the insurance program for low-income Americans–has historically limited the amount of cost-sharing that states can impose on beneficiaries.

States, meanwhile, complain of the burden that the Medicaid program places on their budgets, and they want the federal government to permit more cost-sharing. After all, they say, the economic principles that motivate cost-sharing do not play favorites. They work for those of all different income levels.

The problem is, that’s not true. Cost-sharing is not based relative to income, but rather is a fixed amount and/or a percentage of health care charges. Therefore, common sense points out that the overall burden of any given level of cost-sharing decreases as an individual’s income increases. Translation: cost-sharing hits the poor the hardest.

Now, in an effort to woo states that have so far declined to participate in the Medicaid expansion under the Affordable Care Act, the Department of Health and Human Services has published a proposed rule that would permit states to charge “higher than nominal levels” of cost-sharing to Medicaid beneficiaries earning more than 100% of the federal poverty level.

While this does continue to protect the poorest of the poor, it exposes those marginally less poor to a significant cost barrier, which the RAND Health Insurance Experiment tells us means they will seek less care. As we know from the Oregon Health Study, when the uninsured suddenly gain Medicaid coverage, they have better access to care, use more of it, and it costs more money than leaving them to go without altogether.

Unfortunately, the current political compromise is likely to throw a wrench into the works. Expanding coverage for low-income Americans, while shifting more of the financial burden of their care directly onto them, is a recipe for a disaster of underinsurance, where individuals are covered in spirit, but remain vulnerable in practice. We would do better to be honest with ourselves and just deny them coverage.

Brad Wright is an Assistant Professor of health management and policy who blogs at Wright on Health.

Imagine a doctor actually trying to save money for his patients

Smoking has become hidden in the shadow of obesity 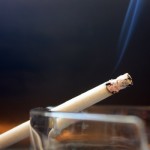 Expanding Medicaid and cost sharing: A recipe for disaster?
8 comments