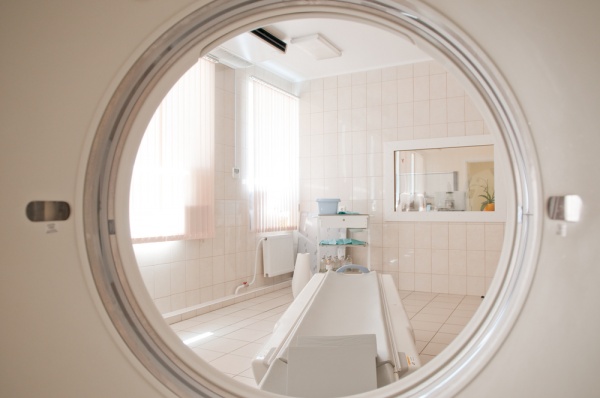 The patient – blue-eyed, red-haired, and healthy but worried looking – guided the doctor’s hand to just below the angle of her jaw, where a small lump was barely palpable.  She had first noticed the swollen lymph node after a cold and thought nothing of it at the time.  But five months later, it was still there.  She knew it was nothing, but she couldn’t shake the thought that it might be related to the skin cancer she had had cut off of her shoulder one year earlier.  After all, melanoma can spread through the lymphatic system, and her dermatologist checked carefully for swollen lymph nodes at every appointment to make sure the cancer had not escaped the scalpel and metastasized.

Melanoma is a terrifying disease.  When caught early, it is easily treated by surgical excision.  When caught late, however, it is universally fatal.  The doctor smiled at the anxious 20-something-year-old woman in front of him, told her it was most likely nothing, and then wrote her orders for a CT scan to look for more inflamed lymph nodes.  You’re young, he told her, and if I were you, I would want this test to make absolutely sure that the cancer has not spread.   For the doctor, that was end of it – another satisfied patient, reassured by the advanced technology of modern medicine.

As a medical student, I have witnessed many discussions between health care providers about this type of hyper-vigilant patient.  These conversations usually go something like this:  “Mr. Smith’s cough is probably just a cold, but he wants an x-ray to make sure it’s not pneumonia.”  Or “Susie’s headache is probably just a migraine, but her mom wants her to get a lumbar puncture [spinal tap] to make sure it’s not a serious infection.”  Doctors and residents may express reservations, but if the test or treatment is reasonably justifiable, they frequently bow to the patient’s wishes.  After all, medicine is no longer the paternalistic discipline it once was; doctors today are supposed to enable patients to make their own decisions, not simply tell them what to do.  And why not order a test if there is a possibility, even a small one, that it will reveal useful information – especially if the patient’s insurance will cover the costs?

For the patient in this case – me – that visit was not the end of things.  I walked out of the doctor’s office feeling temporarily reassured; after all, he told me it was probably nothing, and I could always get the CT scan if I wanted to.  But as the days went by, I found myself worrying more and more.  Weren’t the CT orders sitting on my desk at home proof that there was something to worry about?

On the other hand, I did not want a CT scan.  Though I was lucky enough to have insurance that would have covered the costs of the scan 100%, I knew that CT scans were expensive, and I did not want to undergo a test that would take time out of my busy schedule, expose me to radiation, and add to the social burden of health care costs.

So I made an appointment with a dermatologist.  She listened to my story, felt the lymph node, and then looked me dead in the eye and told me that there was absolutely nothing to be worried about.  The lymph node was soft, it moved around – unlike cancerous nodes – and it was on the wrong side and the wrong place to be related to the cancer that I had had on my shoulder.  In five minutes, she was in and out the door and I was on my way, without a single test having been done.  This time, armed not with test orders but with more information about why I should not worry, I felt infinitely more reassured.

Doctors often talk about patients coming into clinic “with an agenda.”   They feel at odds with these patients, many of whom push for extensive testing.  Yet in the end, the ultimate goal of most patients is not the testing itself – it is the answers that testing will provide.  A provider who takes the time to fully explain the benefits and drawbacks of testing is likely to find that patients are much less desirous of exhaustive testing than they originally seem.  In doing so, they are doing a favor for both the patient and the health care system that bears the cost of unnecessary testing.

Erin Plute is a medical student and a winner of the 2012 Costs of Care Essay Contest.

Will improved mental healthcare be enough to curb gun violence?

The successful physician of 2015: 5 essential traits

To CT scan or not: What is the ultimate goal of patients?
13 comments