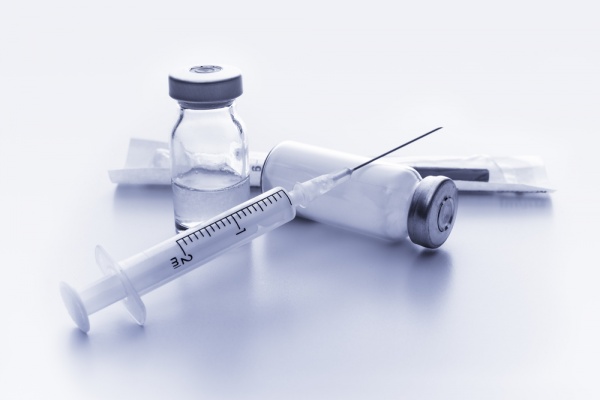 One of the true joys of being a primary care doctor is partnering and educating patients to make the best decision for themselves and their families. Though they may not always agree with what I have to say, at least I know I’ve done my best to give them the information they need to be informed. What follows are common conversations I have with patients. The bolded statements are what a few patients say when they first decline getting vaccinated.

What reasons have you heard?

A vaccination is simply a dress rehearsal for the immune system to get ready for the real thing. Think of your immune system as a meek and quiet understudy for a major Broadway play. She practices her lines and movements in dress rehearsal. She may never be called upon to perform. If she does, she will be ready.

The vaccination is the immune system’s opportunity to go through a dress rehearsal. It gets a preview of what part of the bacteria or virus that it must know to successfully protect you. It selects immune cells that are specific for that organism.  Many copies of these immune cells are then made. They are ready and waiting for their debut if called upon.

If a vaccine isn’t given, the immune system goes through the same process. Immune cells that are specific for that organism are selected and many copies of these immune cells are made. The amount of time for the selection process when using a vaccine or if faced with the actual illness in an unimmunized individual is the same.

The difference is with the vaccine the organism is dead or completely weakened. In the unimmunized patient, the organism is real and causing problems and illness. Because the immune system never had a chance to look at the script in the unimmunized scenario, not surprisingly when it is thrust on stage to perform it does so unpolished and stumbles. It does it best but it takes time. The immune system isn’t any tougher or better. Neither are you. In the immunized case, a sneak peak and preview, which is what the vaccine does, allows the immune system to perform beautifully and polished should the actual foreign organism appear. If the bacteria or virus shows up after immunization, there is essentially no delay in selecting the right immune cells. They are already there ready and waiting.

In other words, you will get better faster or you never get ill at all.

I got the flu when I got the vaccine.

The flu shot has the killed influenza virus so you can’t get the flu. The immune system does need to select the white blood cells that will attack the actual flu virus. During this selection process, you may have some mild fatigue, muscle aches, or low grade temperature as the immune system goes through its dress rehearsal. Many patients actually have no side effects. You should not have the high temperature of 104, profound body aches, or exhausting fatigue typical of the flu.

If you do have symptoms typical of the flu, then most likely you had the flu virus already and were on your way to getting ill. The vaccine was coincidental. Not sure? Get tested for the influenza virus and see. Also, get the flu vaccine as soon as it is available in late September or early October before flu season begins to decrease the chance of this coincidence. If despite this change, you still feel some side effects (and I’ve had this once which is still far better than the real thing as I was still able to work) after the vaccines each time, then feel somewhat pleased. It could be that your immune system is so enthusiastic to the dead virus that one can only wonder how much more vigorous and robust the response will be if the real flu virus shows up. It does not have a chance!

Remember, it is important to get the vaccine a couple weeks before flu season. When the immune system gets a peek at the script and begins the selection process, that still takes time.

One other important point, particularly if you are concerned about vaccinations that were given years or decades ago. Although administering the vaccine is essentially no different than the past via a syringe and needle, the technology used to identify and sequence the virus is very different. In other words, the vaccines today are even better though the shot still hurts a little.

I’m healthy so I don’t need a vaccine.

Understandably healthy individuals can be quite nervous or uncertain about whether getting a vaccine is a good idea, especially when they feel well and have no symptoms. In addition, since many people have never personally witnessed or heard about these illnesses like pertussis (whooping cough) or polio when offered a vaccination, their default answer is no. They don’t want to make a mistake or bad choice. It is better to say no to something that they aren’t sure of (immunizations) and unclear if they need (never witnessed illness). This is human nature. They also believe that because they work on staying healthy that they won’t get ill.

Yet, we know that healthy individuals still get sick. In the winter, many develop the flu. Being healthy does decrease the risk of illness. Immunization decreases the risk further. Much like wearing a seat belt or brushing teeth, getting immunized is a healthy behavior to stay well. The observation that there are fewer deadly childhood illness than in the past is not because we live in the 21st century or we are eating healthier and exercising more than a generation ago, but rather because decades ago vaccines were created and administered to patients early in life. As a nation, increasingly many of us are forgetting history and periodic outbreaks of measles, mumps, and whooping cough, all preventable, are occurring.

Vaccine manufacturers are in it for the money.

If that was only true. Certainly there is increasing distrust about pharmaceutical companies and their push for prescription medications. This isn’t true for vaccinations. During the H1N1 “swine flu” epidemic, which caused a high number of unexpected deaths among young healthy patients and pregnant women, many people wondered why it took so long to produce a new vaccine. Part of the reason is that there is no money in making vaccines. It isn’t as profitable. As a result, the process of growing the virus required culturing them in eggs, which takes weeks to months to generate adequate amounts for the public, hasn’t been updated or modernized from decades ago.

If it wasn’t for the government subsidizing vaccinations there likely wouldn’t be any. It’s more profitable for a company to make a cholesterol lowering medication that a person takes daily for life than it is to make a vaccine that is only used once per person. Except for the public service announcements for flu vaccine that occur in the fall or winter, think of the number of times you’ve seen ads for prescription drugs compared to vaccines.

Now you know where the bulk of the money is made. It isn’t in vaccines. So go get them. 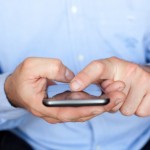