In December, it was Hillary Clinton and in January, Barbara Walters. Both women fell, hit their heads, and ended up in the hospital. In each case, the focus of the media coverage reflected one of the biggest flaws in our American approach to medicine: readers and viewers learned about the costly and relatively high-tech treatment of the head trauma, rather than about the much more significant public health issue, falls in older adults, and the many relatively low cost and high impact strategies that can prevent them.

Although Secretary Clinton is middle-aged and was quite ill at the time of her fall, she is also now one of the one in three Americans age 65 and older who fell last year. Barbara Walters is more typical – perhaps a first for her – since she’s in her eighties and was going about her usual activities when she fell.

Both women have now contributed to one of the most startling and under-reported statistics in health care: that an older American is treated in an emergency room for a fall every fifteen seconds. This means three older adults have presented to an emergency department since you started reading this article, and a fourth is on his or her way.

Indeed, falls are the fifth leading cause of death in those over sixty-five, and the deaths reflect just the tip of a large iceberg of injuries and shaken confidence and lost independence.

Moreover, direct medical cost of falls in the United States was 28.2 billion in 2010 dollars, and we all know Medicare can ill afford to finance such high cost and potentially preventable conditions.

The good news is that many straightforward interventions can decrease both the rate of falls in older adults and the adverse consequences they suffer as a result, including hospitalization, nursing home placement, and death.

The bad news is that many physicians still react to falls as the media reacted to Hillary Clinton’s and Barbara Walters’ falls – they treat the effects, not the cause. Few ask their older patients about falls or have the sort of consistent management strategy for falls that they have for similarly common conditions such as diabetes or high blood pressure that affect middle age adults as well as the elderly.

Would any of these strategies have helped prevent either famous woman’s fall? Maybe not. We will never know. But greater public awareness of the increasing risk for falls for those over 65 can prevent falls for other older Americans, and we can all help raise awareness by beginning to talk about this important public health issue as we have begun to talk about smoking cessation or what to do for early warning signs of stroke.

A majority of falls go unreported. Often, older people consider a fall without an injury or with only a minor injury not worth mentioning. Sometimes they are ashamed. Some consider falls part of normal aging. Others don’t want to worry their family or bother their health professionals. Most fear loss of their independence. Too many assume there’s nothing to be done.

Falls can ruin lives. As with most medical problems, prevention beats treatment hands down. We can’t prevent all falls, but health care providers and those of us who know and love older adults can do much better.

Medical students: Be sure to thank your patients 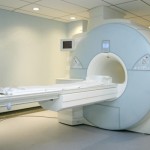