She sits in the examination chair reeking of cigarette smoke. “I had a new sore under my tongue last week,” she tells me. “It was bad.”

A year ago, she finally developed a large throat cancer from her years of smoking and drinking. The cancer had spread to the neck lymph nodes and had grown large and hard. The outlook had not been good.

Yet, things went surprisingly well. Her family’s wonderful support had helped her make it through the chemotherapy and seven weeks of radiation. Though it was not easy for her, the cancer responded nicely and the throat and neck look fine now. A scan confirmed the good news.

So, when she developed a new sore on the tongue, everyone was worried. Her daughter brought her in to see the primary doctor who started her on antibiotics. Within a few days, the tongue was better. Now she is in my office.

“You must have bumped it. Maybe you bit the tongue, I can’t tell. In any case, things look fine now. No cancer.”

She smiles. “I do feel better, Doctor.”

“Let’s talk about your smoking, though.” She frowns. She has had this discussion with her family, her friends, and her care providers many, many times. “If you continue to smoke, your risk of another cancer goes way up,” I tell her. “How can we help you quit?”

“Mom, listen to what the doctor is saying.”

“I already know all that,” she replies. “I just enjoy smoking too much! I don’t want to quit.”

As a society, we have made great strides helping people quit and preventing a new generation from starting. Smoking peaked in the mid-1960s when about 42 percent of adults smoked. Now, it’s less than 20 percent. In the mid-1990s, about 36 percent of 12th graders smoked at least once per month. Now, it’s 19 percent. That’s good news.

Things are not perfect, though. We have not helped our most vulnerable. Half of cigarettes smoked in the United States are consumed by people with substance abuse or psychiatric disorders. The poor are more likely to smoke and have greater difficulty quitting. A recent study of smokers earning less than $30,000 per year in New York (the state with the highest cigarette excise taxes) found that they spend up to 23.6 percent of their total income on cigarettes, double what they spent in 2003. Unfortunately, very little of the revenue generated from cigarettes sales is designated to fund tobacco prevention and cessation programs.

My patient fits into all of the high-risk categories and I doubt she will quit until she is too ill to physically smoke or when she can simply not afford to buy cigarettes. 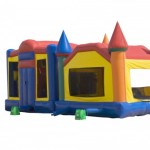 Are physicians really that special?

I will talk to my patients about smoking: Again and again
6 comments