A friend was working an overnight shift in the ER for one of her mandatory rotations, so I popped in to observe. The ER was surprisingly quiet. A classmate was also observing that night, and like me, he was standing around, bored. We spotted an electrocardiogram (EKG) readout lying on a desk where a resident was working, and we asked him if we could take a stab at interpreting it (an electrocardiogram tracks the electrical activity of the heart, and a skilled interpreter can use it to reliably diagnose heart problems). He handed us not only that piece of paper, but the EKGs from some other patients who were in the ER. “I’m going to see a patient,” he said, “and when I come back, tell me your results and whether any of these people is having an emergency.”

At that point, we had learned only the basics of reading EKGs. We wrestled with the readout, trying to flesh out the story told by the squiggly gyrations of the EKG lines. We opened a textbook on cardiac disease and reviewed the way certain diseases of the heart express themselves on an EKG.

The resident returned and quizzed us on our findings. Then, he shared strategies for reading EKGs that he’d picked up over the years. The three of us read through the EKGs together. In a final flourish, he picked up a new patient’s complicated EKG readout and accurately diagnosed a subtle type of abnormality in the heart’s electrical conduction.

Medical residents are extremely busy people. Even though this resident had never met us and probably would never see us again, he happily took some time out of his night to teach us. This tradition of mentorship seems omnipresent in medicine. Most doctors enjoy having medical students shadow them so they can share so-called “clinical pearls” of wisdom. They do so because they remember a time when they were medical students, when doctors went out of their way to teach them. Although an academic medical center like my school tends to attract those most inclined to teach, even when I am out in the community I find that doctors are eager to share what they know.

Another element of teaching on the wards is called “pimping.” During rounds (when the full medical team convenes), the more senior person quizzes the more junior person on medical factoids until the more junior person misses a question. Pimping does a few things: it gives both people a chance to show what they know. It (supposedly) teaches. It motivates people to go home and study so that they don’t get humiliated.

Pimping also puts the more junior person in their place. The teaching that goes on in the wards is only a one-way exchange of knowledge, from teacher to student. If the teacher makes a mistake, it isn’t considered appropriate for the student to correct him. And so, a paradox is at play here. Teaching elevates the student, improving his level of knowledge. Yet how doctors teach fortifies the pervasive perception within medicine that those who are most senior are universally more knowledgeable, and that level of seniority automatically dictates the amount of respect one commands. Teaching students on the wards is both selfless and self-serving, humble and haughty.

That doctors have good job security contributes to their willingness to teach. Doctors don’t have to worry that the person they are helping will someday be their replacement.

My sense is that medicine outshines other professions in its long-held tradition of mentorship. My superiors’ consistent eagerness to teach me makes medicine refreshing. As for my time in the ER, I couldn’t think of a better way to learn how to read EKGs. 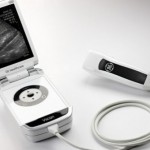 6 ways to close the gender pay gap in medicine

The strong tradition of mentorship is unique to medicine
2 comments