In September the United States Preventive Services Task Force, a panel of medical experts, concluded that tests to screen for ovarian cancer do more harm than good. As a result, insurers will not be required by federal law to pay for such tests.

And the announcement was met with near silence.

Why was this recommendation greeted with such malaise when the same panel’s earlier and similar conclusions about prostate cancer screening  and breast cancer screening (in women less than 40 years old) created a tsunami of criticism? Here are a couple of reasons, one morbid and the other psychological.

First, ovarian cancer is often a fatal disease, often rapidly so. That means there is not a crowd of ovarian cancer survivors around to lobby for more aggressive screening. By contrast, prostate and breast cancers are often quite slow-growing, so slow in fact that many experts assert that many of these cancers are best left to their own devices. This slowness, in fact, is what has made it so difficult to assess the benefits of screening for these cancers.

When people live for many years, even decades, following a cancer diagnosis, it is hard to conduct trials large enough to find any kind of survival benefit to screening or early treatment. In case of ovarian cancer, however, a truly effective screening test – if it saved lives – would be relatively easy to establish. So it’s clear that our lack of a good screening test is not simply the result of underpowered clinical trials. We just don’t have anything that works. And we also don’t have a whole lot of ovarian cancer survivors, convinced that the screening test saved their lives, who can lobby for more aggressive screening.

But we do have surviving loved ones, who’ve seen the tragic consequences of an ovarian cancer diagnosis. Why haven’t these survivors been motivated to push for more screening?

I expect it is because ovarian cancer screening has never been routine, and no public service announcement campaign was ever designed to cajole women to get tested.

Once people are used to getting something, they resist efforts to have it taken away. For years, experts told 40 to 50 year old women to get mammograms. Who can blame people for being upset then, when these same experts changed their minds? The same goes for hormonal replacement therapy for post-menopausal women. Physicians promoted these drugs as “twofers” for a long time, saying that they would treat hot flashes at the same time as they protected women’s hearts from coronary artery disease. Then when a randomized trial showed that hormonal replacement therapy actually raised the early risk of heart attack, women were understandably upset.

My view is this: I trust the experts – in this case the Task Force – to do a careful job of weighing evidence. When they conclude that screening tests ought to be standard of care, I take them at their word, all the while recognizing that when more evidence comes in, they may change their minds.

After all, that’s how science works. 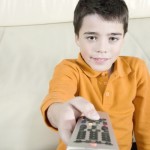