Fourth year medical students are starting the interview process to match into a residency program – their next and potentially final stage of training.

Over the next few months, these students will rank the programs they visit based on features such as geography, research funding, and hospital affiliations. But there’s another factor to consider – one that gets little attention but that probably matters more for the kind of doctors they’ll become. You might call it the institution’s culture or practice style. For trainees, it comprises the “hidden curriculum” – informal lessons about the delivery of health care that are learned through observation and cemented by repetition.

A recently published report from the Dartmouth Institute for Health Policy and Clinical Practice quantifies some of these cultural differences between hospitals and suggests that prestige and optimal care are not always aligned.

Oftentimes in medicine, we do not have one right way to manage an illness: If you break your hip, doctors would agree that you need a surgery to repair it. But if you have knee pain from osteoarthritis, surgery is just one option among several. Researchers at Dartmouth and elsewhere have found variation borne of such lack of consensus; they’ve shown that these differences are driven more by physician style and by the supply of doctors, hospital beds, and other resources in the area than they are by what patients truly want or need.

With this in mind, the authors of this new report scrutinized the health care provided for seniors on Medicare at the 23 top academic medical centers (as determined by the U.S. News and World Report). Using data from the more comprehensive Dartmouth Atlas of Health Care, they calculated a score that combined how many days patients spend in the hospital and how often they see doctors in the hospital in their end of life, and found a wide range – from a high of 2.06 at Cedars Sinai Medical Center in Los Angeles to a low of 0.62 at University of Utah Health Care. MGH was a bit higher than average at 1.19. They found that patients at Columbia’s New York-Presbyterian Hospital spent about 20 days in the hospital during their final six months of life, compared to an average of 9 days at University of Utah Health Care (the MGH average was about 16).

They also found big differences between hospitals in how often patients were enrolled in hospice in the end of life and how often they died in the intensive care unit. The authors saw big differences in the rates of common surgeries like coronary artery bypass and joint replacements – Boston hospitals were below the national average for all of the surgeries except for one that treats enlarged prostates. They also looked at patient satisfaction and at safety indicators like rates of central IV line infections and catheter-associated urinary tract infections (MGH was above average on the first two and below average on the third).

What do these results mean for doctors-in-training? The optimal rates of prostate surgeries or hospice enrollments are still up for debate. But the numbers hint at how residents and attending doctors at each hospital make medical decisions, how aggressively they treat patients at the end of life, and how they interact with patients and their families, which inevitably influences the style adopted by incoming trainees.

That being said, I don’t think this report will have a big impact on how students will rank programs this year or next. Most, in my very informal poll of applicants to MGH, haven’t heard of the report. Plus, there are so many competing features to consider when making a choice and the hidden curriculum is easier to write off than a potential cross-country move or that intangible prestige factor. But my hope is that this will change with time. The report represents an emerging focus on the dangers of over-aggressive care (both to patient well-being and to our health care budget) and on the importance of patient-centered care delivery. It reminds us of the important role teaching hospitals play in shaping thoughtful doctors and pushes us all to hold them accountable. 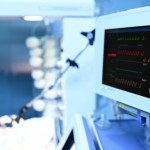