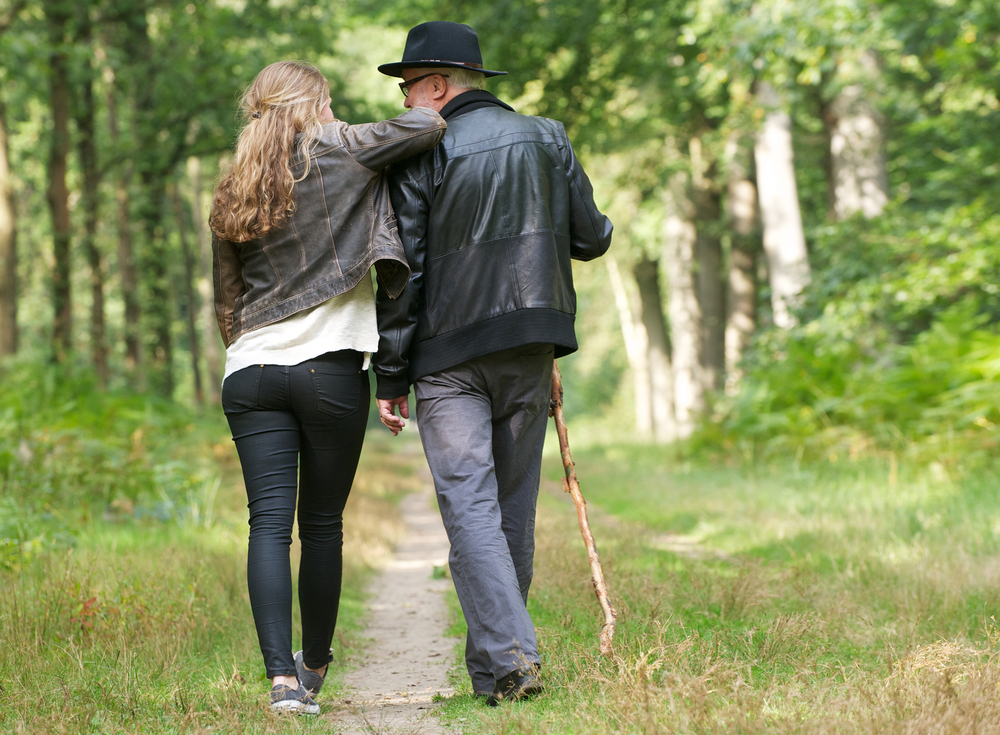 I approached my father in the yard of his most recent home, a small, run-down duplex shack. His hair was whiter than I remembered, his old blue sweater shaggy. He was clipping the hedge in his careless but enthusiastic way; when finished, it wouldn’t look good, but it would look clipped.

One of his eyes was red and tearing up. A splinter had flown into it as he trimmed the boughs above his head. He hugged me nervously, and we went inside.

He pushed a stack of newspapers off the sofa, and we sat down and awkwardly tried to talk. The cramped living room was dirty, and dominated by boxes and piles of books.

“Just moving in,” he apologized. He rubbed his eye, and I told him not to.

My father was sixty-two years old. For much of his life, he’d been an accomplished university professor of American history, and a charming and eccentric character. But in the past few years, he’d taken many wrong turns: He’d increasingly used illicit drugs, including cocaine and methamphetamine, and had been arrested for drug possession. He’d also been divorced twice and had squandered his share of his life’s earnings to pay for his drug habits. Although he had many acquaintances in this small college town, including some colorful associations in the local taverns, his behavior had alienated many of his friends, family, and previous colleagues. He was scraping by, alone–and, I suspected, lonely.

In my youth, we’d shared an extraordinarily close and supportive bond. We’d spent countless hours skiing, running, hiking and talking together. He had been my ally, companion and respected academic advisor. But this relationship had slowly eroded over time. As his behaviors became more self-destructive, he’d progressively pushed me away, repeatedly resisting my expressions of concern about the path he was following. “What right do you have to tell me how to live?” he would retort angrily. The shift in our relationship was devastating for me. I longed for our old connection and felt frustrated by my inability to reach him.

By now, I knew to tread lightly in our conversations; I didn’t want to fracture the fragile remains of our connection.

For my own part, I was now living several states away, immersed in the final year of a busy residency program, so I rarely had time to come back to my hometown for a visit. My father wasn’t privy to the details of my recent life — he hadn’t heard how excited I was to be living in a big city, or about the rewards and challenges of residency training, or about a recent, devastating heartbreak I’d suffered. I was nervous about this visit, not knowing quite what to share or what to expect from him.

Self-consciously, feeling the chasm between us, I tried to catch him up a bit on my life. He seemed distant and distracted. There was so much I would have liked to tell him, but I kept it short and simple. I didn’t want to burden him. As challenging as my life could be, it seemed easy compared to his.

He told me a little about his recent escapades, trying to laugh them off as if they amounted to nothing more than carefree adventures. But this wasn’t true, and we both knew it.

He rubbed his eye, and the tears ran out. He seemed vulnerable and weary.

“You know, Dad, I’m concerned about that eye,” I said. “There might be a foreign body in it, or you might have a corneal abrasion.”

As the medical jargon left my lips, my father sat up a bit. His attention took on a different quality; his eyes and face showed a glimmer of respect and hope.

I led him to the cluttered bathroom, where a single bare bulb offered better light.

“Try to keep the bad eye open by focusing on something with the good one,” I instructed. “That will help me to have a look.”

There was indeed a foreign body in his eye–a wood shaving, lodged on the surface of the cornea. To remove it, I’d need to wash out his eye with generous amounts of water.

I guided him down into a seated position on the floor and helped him shift over until he was sitting with his back against the tub and his head tilted back over its edge.

“I’ve always hated water in my eyes,” he said. He was frightened, but he let me be in control; he didn’t have a choice.

Holding the shower hose, I turned on the hot and cold faucets and adjusted them until the water was just tepid.

My father squeezed his eyes shut; I saw that he was trembling.

“I’ll never be able to do this,” he said. I was aware that this statement stood in stark contrast to my image of the invincible man I had grown up with, one who took on challenges like running marathons or skiing black-diamond slopes with determination and fearlessness.

Shielding the shower hose with my hand to lessen the current’s force, I let the water run down his forehead and the side of his face.

“Take some slow breaths, relax, and see if you can open your eyes,” I said in my calmest voice, gently stroking the side of his face. “Don’t look at me or at the water. Find a spot on the ceiling and just look at that.”

His eyes inched open, then snapped shut again. After a few more attempts, he opened them wide and let the warm water flush away the wood shaving and the pain.

Although he was dripping wet afterwards, he also seemed to feel stronger, and greatly relieved.

Using some paper towel as a patch, I taped his eye closed. I wished that I could prescribe antibiotic eye drops, but I didn’t have a medical license in this state.

“Keep your eye closed, with the patch on, for twenty-four hours,” I instructed. “I’ll check on you tomorrow before I have to head out of town.”

I felt useful and connected. My father had let me in and had allowed me to help him in a way that I knew how to do. I was glad that I’d been able to offer a small amount of expertise and kindness in a form that he was willing to accept. We’d accomplished a little something together.

I felt touched by his vulnerability and his trust in me. But I also knew that it was a shaky trust, and that it would not extend easily to the more serious issues in his life.

This brief moment of closeness and connection felt so intense to me; it was so reminiscent of our earlier times together. But I was also aware that our roles were now reversed. My father needed my assistance, and I was taking care of him.

I was overwhelmed and had to leave.

Kendra Peterson is a neurologist. This piece was originally published in Pulse — voices from the heart of medicine, and is reprinted with permission.

Finding a cancer cure: Maybe we should shift gears

Regulate medical research so that it can help patients