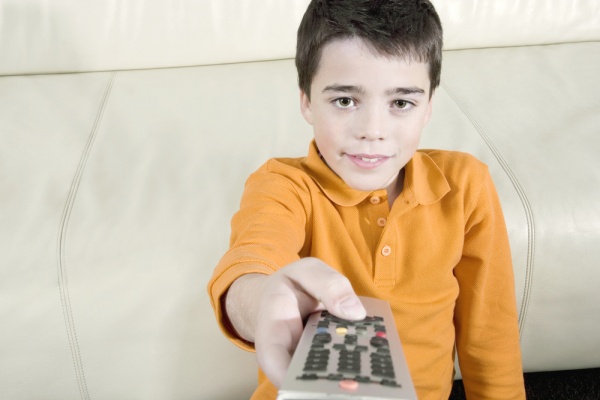 When it comes to getting parents to cut back on their kids’ screen time, we doctors aren’t doing such a great job.

Like most of my colleagues, I talk about screen time at almost all checkups. I talk about how too much screen time makes a kid more likely to be overweight and have behavioral problems. With the parents of babies and small children, I talk about how experts think they shouldn’t watch TV at all, and about how it can get in the way of learning. I encourage parents to limit screen time, not have TV’s in bedrooms and turn off the TV at meals. We talk about other things they might do instead.

Their eyes glaze over, and they keep doing what they were doing.

That’s pretty much what happened in a study released in the journal Pediatrics. Researchers in Toronto divided families coming in for the three-year checkup into two groups. One group got some general information about safe media and Internet use. The other got specific counseling about risks of screen time in kids, with suggestions to do all the things I talk about, like budgeting time, getting the TV out of the bedroom, not eating in front of it, etc. A year later they checked in with the families again. There was essentially no change and no difference between the two groups–except that the group that got the counseling now ate 1.6 meals a day in front of the TV instead of 1.9. Which is still, in my opinion, not great–they were still essentially eating half of their meals in front of the TV.

It’s hard to change behavior. For reasons that I don’t entirely understand, it’s particularly hard to change TV behavior–perhaps because TV is convenient, kids like it, and their parents do too. And given that TV is only one of the many things I need to talk about at a checkup, I can’t talk about it for very long.

According to the authors of the study, the only interventions that seem to make a difference when it comes to families and screen time are ones in which parents get talked to a lot–and they usually come from schools or other groups, not doctors. This makes sense. But it’s disappointing.

See, I don’t want to give up. And yet I don’t want to take up valuable time (when kids are well, I might only get to spend 15 or 20 minutes with them a year!) doing something that doesn’t have any effect whatsoever.

So help me out here, you parents reading this post. What’s going on? Do you tune us doctors out? Do you think we’re out of touch, that we don’t get what it’s like to be a parent? Or do you agree with us, but find our advice too hard to follow? What would be more helpful? Is it that there’s too much advice all at once at a checkup? Would it be better if we used mailings or social media (should we Tweet you?) to give you more information and reminders?

Screen time is something that can end up affecting the health and well-being of kids for a lifetime, if kids get into unhealthy media habits. I really want to know: how can I help parents make the best decisions for their kids?

Cut back on screen time for kids
14 comments