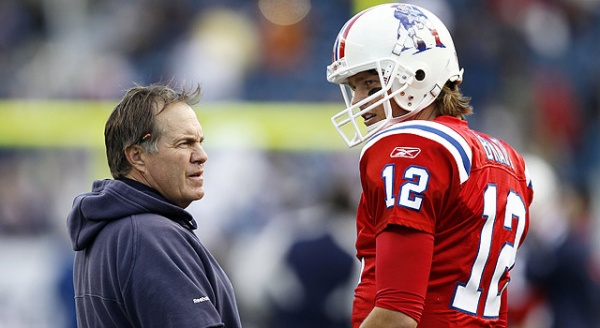 It is always a treat, particularly when living on the West Coast, to watch the New England Patriots football team play on national television in their home stadium, Foxborough, Massachusetts. On Monday Night Football, the match-up was between the Patriots and the Houston Texans, which had the best record in the AFC and undefeated in all away road games. As previously posted, there is much health care can learn from the mastery of execution led by head coach Bill Belichick and quarterback Tom Brady and many others.

It continues to be a story about leadership, a culture of excellence, loyalty, and setting high expectations. Although a regular season game, the story unfolds as the Texans with one of the NFL’s best records entered Foxborough wanting to make a statement of their arrival among the elite teams and the Patriots, a team with a tradition of consistently high performance and excellence.  Not surprisingly the football analysts split evenly on who would be the victor.

As the evening progressed on, it became clear.

It is all about leadership, passion, humility, and loyalty. With health care becoming larger organizations with insurers and hospitals purchasing doctor practices, the creation of Accountable Care Organizations, and the move to “Big Med” as coined by Dr. Atul Gawande in his New Yorker piece, “Can Hospital Chains Improve the Medical Industry,” the real questions are – What is the value of leadership? Who should lead?

Leadership at the Patriots starts from the very top with the tone and direction set by owner Robert Kraft which he demonstrates in a recent Boston Globe piece. The spoke about “Spygate” and how Belichick and the Patriots were discovered to be secretly videotaping their opponents plays and signals, a violation of NFL policy.

In other words, hiring the right people, standing by them when they make mistakes, and then engendering trust, even when very difficult, is crucial to have a high performing team. Professor Amy Edmonson of Harvard Business School notes that if organizations are to win, they need a culture of psychological safety. People feel safe to speak out and are heard.

Leadership comes from head coach Belichick, who with all of his idiosyncrasies, does listen intensely, in heavily involved in operations, and very thoughtful on who to hire. He is exceptional in all of these areas. As ESPN analyst and former NFL head coach Jon Gruden noted,

Do we in health care have leaders who listen, are deeply involved, hire the right people, and are passionate to the point of being fanatical to strive to be the best? All ideas from wherever are welcome? If health care is to transform, we need to be on the cutting edge and think different. Belichick has been known to show his players film from a high school punting unit to demonstrate the best way to execute the play. He is showing NFL professionals film from a high school punting unit!

Then of course there is the on the field leader Patriots quarterback Tom Brady. Much like a doctor who is delivering the care and executing the plan, how is he when it comes to preparation? Is it about him or about the team? Note a few interesting statistics.

In a society which seems to value mobility and changing jobs every few years to find the next best thing, loyalty to an organization or cause seem passe. Yet for a decade, Belichick and Brady working together and often with very different players annually make it work. Brady set an example with his dedication and leadership; it shows on and off the field. He is as fanatical, passionate, and focused as his head coach.

And ESPN analyst and former San Francisco 49er Steve Young noted at the end of the game,

It is the players on the field. The field leaders who ultimately create the culture of excellence. Their fanatical preparation. Their desire to do what is right for the team, not just the individual.

In health care, who are the people on the field? Who are the ones doing the plays?

Yet how many of us want to be the leaders and step up? It’s in our medical culture not to step into leadership roles. In the best article I’ve come across, “Challenges for Physicians in Formal Leadership Roles: Silos in the Mind” by Thomas N. Gilmore, he notes:

In other words, doctors can be great leaders if they have the mindset that they deserve to be there as leaders.

Organizations that will win in this new era of health care will be those led by doctors. Sure on paper an Accountable Care Organization should be like another ACO. They should perform equally as well. On paper. As the Patriots and Texans game concluded the post game analysis by ESPN commentator Trent Dilfer and ESPN sportscaster Suzy Kolber says it all:

And the Patriots never looked back.

If doctors choose to become leaders. If we choose to say we belong here, then there is no doubt we will succeed in fixing health care. Physician leadership matters. We need to step up. Our patients need us. When we do so, health care will never be the same.

And we as a nation will never look back. 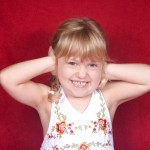 What horses can teach us about health promotion

Belichick, Brady and what healthcare can learn from the Patriots
7 comments